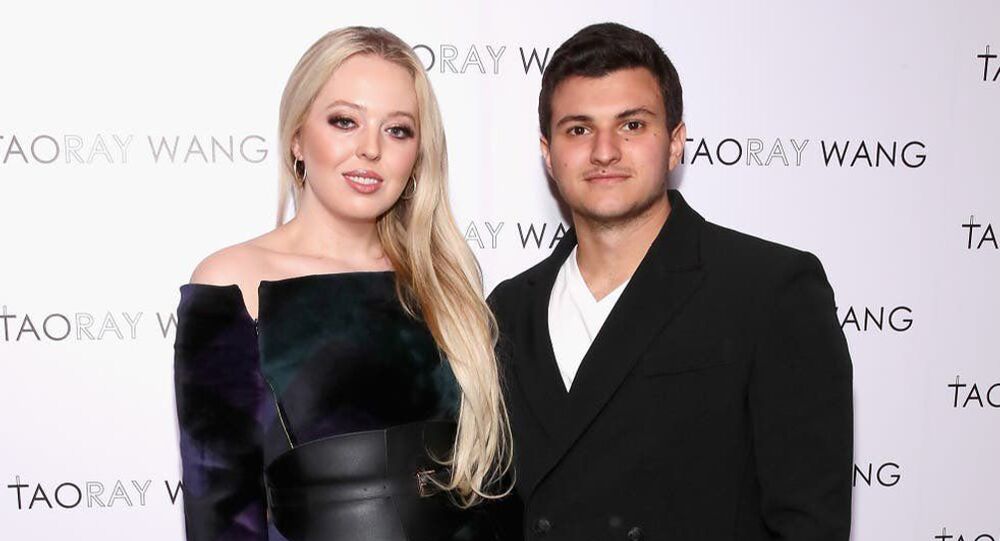 Unlike the president’s other children, the 27-year-old maintained a low profile during Trump’s presidency and refrained from making political statements. She only spoke twice during the Republican National Convention in 2016 and 2020.

Tiffany Trump, the fourth child of outgoing US president Donald Trump, has unwittingly become the butt of a joke online after she announced her engagement on Tuesday with Michael Boulos, a Lebanese business executive. The young woman posted a photo of herself and fiancé standing on the premises of the White House. The caption to the photo read:

“It has been an honour to celebrate many milestones, historic occasions and create memories with my family here at the White House, none more special than my engagement to my amazing fiancé Michael! Feeling blessed and excited for the next chapter!”

All hell broke loose the moment she uploaded the image with social media users “accusing” the young woman of stealing her father’s thunder by trying to eclipse his news on his last day in office.

​Other users joked that since Tiffany has kept a low profile during Trump’s presidency no one cares about her.

Tiffany Trump, announcing her engagement on the last day of Trump’s presidency: pic.twitter.com/puOFs5tuHm

​Some users joked that Tiffany was so unnoticeable that she wasn’t even popular in her own family.

Trump looking up which one Tiffany is: pic.twitter.com/1tnOs8nhkD

Trump would text a “congratulations” to Tiffany Trump on her engagement but he doesn’t have her phone number.

​Many users mocked the young woman, claiming she got engaged to escape any potential criminal investigation launched into the Trump family.

Tiffany trump after she gets married and the feds bust down the door to their studio apartment:
“Tiffany trump? I don’t know any Tiffany trump I’m Tiffany Boulos pic.twitter.com/mTvMyppUW3

​Others joked that Tiffany’s relationship with Michael Boulos has already started falling apart, and some users suggested that the image she posted was photoshopped.

​However, there were those who were happy to hear the news of her engagement.

So happy for Tiffany Trump on her engagement! pic.twitter.com/3d3ycmGuDh

​Reports say that Tiffany met her fiancé, who is four years younger than her, in Greece in 2017, but the couple allegedly started dating only a year after. Michael Boulos is an associate director of SCOA Nigeria, a conglomerate active in furniture production, automobile assembly and distribution, interior design and power generation.