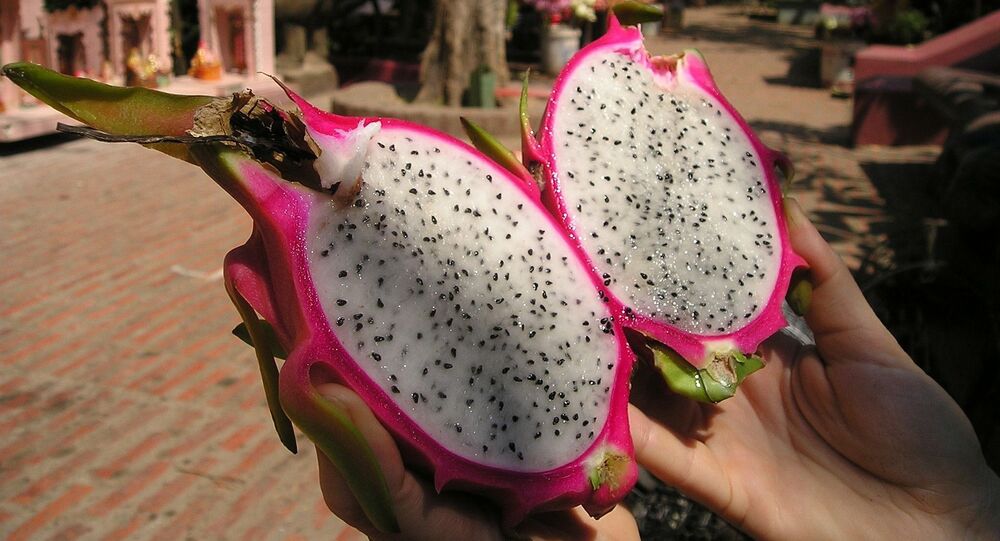 Relations between India and China have probably hit their lowest point since the ongoing border dispute erupted in April 2020 and led to a deadly clash in June.

The Indian state of Gujarat has announced that it will be renaming dragon fruit because its name “is associated to China”, NDTV reported. Metaphorically, China is known as the “dragon”, while India, for instance, is often referred to as the “elephant”.

The state will now call dragon fruit “kamalam”, which is the Sanskrit word for “lotus”.

“As the outer shape of the fruit resembles a lotus, henceforth the dragon fruit shall be renamed as kamalam”, Gujarat Chief Minister Vijay Rupani said.

The fruit, which is mainly imported from South America, is also cultivated in various parts of Gujarat like Bhuj, Gandhidham, and Mandvi.

The news has caused great buzz on social media, with netizens pointing out how “messed up” the priorities of Indian leaders are at such a crucial time.

I urge @vijayrupanibjp Sir & @BJP4India to please rename this ‘DragonFly’ to ‘KamalaMakkhi’
It will help solve the greatest issues of the Mankind.@CMOGuj please let us know whats the procedure to sanction this change.#dragonfruit #Kamalam #KamalamMakkhi pic.twitter.com/HHwVC3siFk

It’s good to start with fruits. Slowly one can move up to vegetables and then go up the food chain.
We have all the time in the world to look after pandemic, economy and social probs later in distant future! #dragonfruit #kamalam #dragonfruitrenamed pic.twitter.com/SvvFxr8hRF

I asked the fruit wala bhaiyya, #kamalam dena!” He took serious offence to it, coincidentally, was his wife’s name! #dragonfruit saga of India! #pj 🙁 :))

This idiocy of #DragonFruit being named #Kamalam is of the highest order.

No words enough so express how idiotic, stupid and foolish it is. Bet they were really high when they decided on this!

In October 2020, when India was celebrating the power of Goddess Durga during the festival “Navratras”, a makeshift tent in the state of West Bengal depicted Chinese President Xi Jinping as the demon slaughtered by the goddess.

The idol had Jinping’s blood oozing from it while his severed head lay on the floor, and a lion was shown feasting on his body.

In a #DurgaPujo pandal in Bengal, Durga’s lion has bitten off Chinese premier Xi’s head. From @indraroy’s Facebook. pic.twitter.com/VUWgLRuM4A

​The developments come amid ongoing border woes between India and China that began in April 2020 when troops from the two countries accused each other of violating the Line of Actual Control (LAC) in Ladakh.

After eight rounds of diplomatic talks, India and China have yet to reach a consensus to resolve the border standoff.

Milind Soman on His Nude Photo Controversy: ‘It Was Like People Had Never Seen Anybody Naked Before’