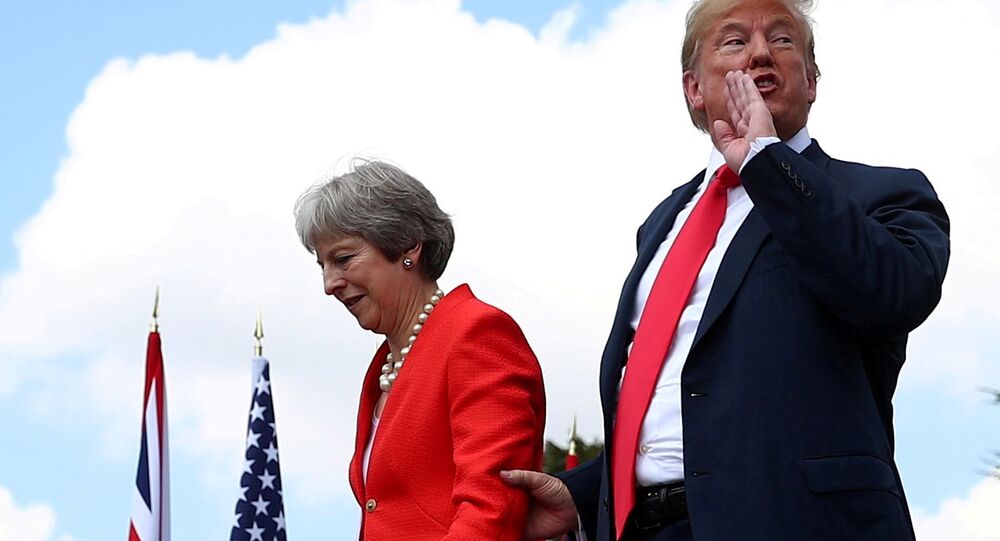 Theresa May repeatedly clashed with sitting Prime Minister Boris Johnson in the Commons over the course of the Brexit negotiations, especially on the issue of Northern Ireland and the Good Friday agreement.

In an article published in the Daily Mail, former British Prime Minister Theresa May has accused her successor Boris Johnson of abandoning Britain’s “position of global moral leadership”.

According to the former PM, Johnson failed to honour British values by threatening to break international law during the Brexit trade negotiations.

“Threatening to break international law by going back on a treaty we had just signed and abandoning our position of global moral leadership as the only major economy to meet both the 2% defence spending target and the 0.7% international aid target were not actions which raised our credibility in the eyes of the world”, she wrote.

Johnson should strive for a truly “Global Britain” that plays a key role in international politics that’s why compromise is very important, May said, noting that now compromise is seen as “a dirty word”.

“We have been sliding towards absolutism in international affairs: if you are not 100% for me, you must be 100% against me”, she said.

Boris Johnson unveiled the so-called Internal Market Bill last September. It was drafted with the intention of setting up trade arrangements between the UK’s constituent members following their departure from the European Union.

According to the terms of the Withdrawal Agreement, Northern Ireland will remain part of the EU’s customs union in a bid to avoid a hard border between it and the Republic of Ireland, something that could be damaging to the 1998 Good Friday Agreement, a deal that secured peace on the island after decades of turmoil known as the “Troubles”.

The Northern Ireland protocol, an appendix to the Brexit Withdrawal Agreement, states that a customs control border would not be established between the Republic of Ireland and Northern Ireland after the UK leaves the European Union.

Outgoing President Donald Trump also provoked the ire of the former prime minister as she likened the 6 January protests on Capitol Hill to “attacks on our own democratic institutions”.

“What happened in Washington was not the act of a lone extremist or a secretive cell, but an assault by a partisan mob whipped up by an elected president. I know from experience that leaving power is not easy – especially when you feel that there is more you want to do”, she wrote.

She at the same time described the upcoming presidency of Joe Biden as a “golden opportunity” for Britain to become a force for good in the world again.

Prince William is ‘Sad and Shocked’ By Harry’s Behaviour Towards the Queen, Report Says

Johnson on Internal Market Deal: ‘When US Understands What We’re Doing, They Will Share Our Concern’