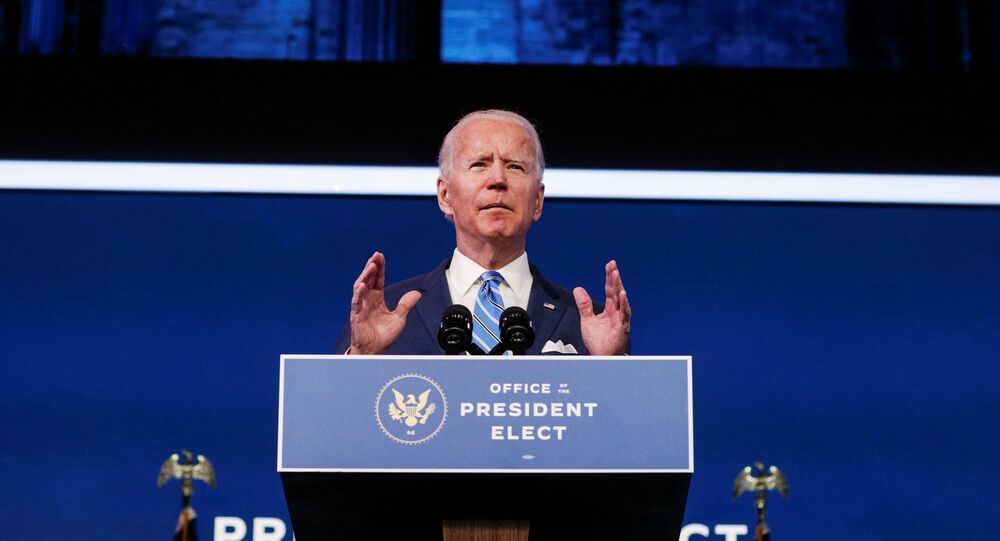 Biden’s inauguration will be held later in the day, with increased security measures, as at least 25,000 National Guard troops will be present in Washington, DC to keep watch during the ceremony.

Rabbi Michael Beals has blessed US President-elect Joe Biden and his wife in New Castle, Delaware ahead of the presidential inauguration. During a ceremony, held at a National Guard centre named after the politician’s late son Beau Biden, the rabbi recited Exodus and compared the president-elect to Moses and his running mate Kamala Harris – to the prophet Aaron, Moses’ brother.

“It is indeed bashert that you, our dear president-elect, are being inaugurated on the very week that Jews around the world are reading from the book of Exodus, about Moses’s freeing us from 400 years of backbreaking Egyptian slavery at the hands of an autocratic cruel Pharaoh”, Beals said. “In many ways, dear Joe, you are our Moses”.

According to him, Biden was “bashert” (i.e. “destined”) to become US president and lead the country.

The reference comes as this week traditional Torah readings are dedicated to the escape of Jews from Egypt, as the pharaoh let them leave following the 10th plague — the death of the firstborn.

Beals was one of Biden’s supporters in the Jewish community. He said he had first met the politician at the mourning ceremony of woman who had donated $18 to every one of Biden’s campaigns.