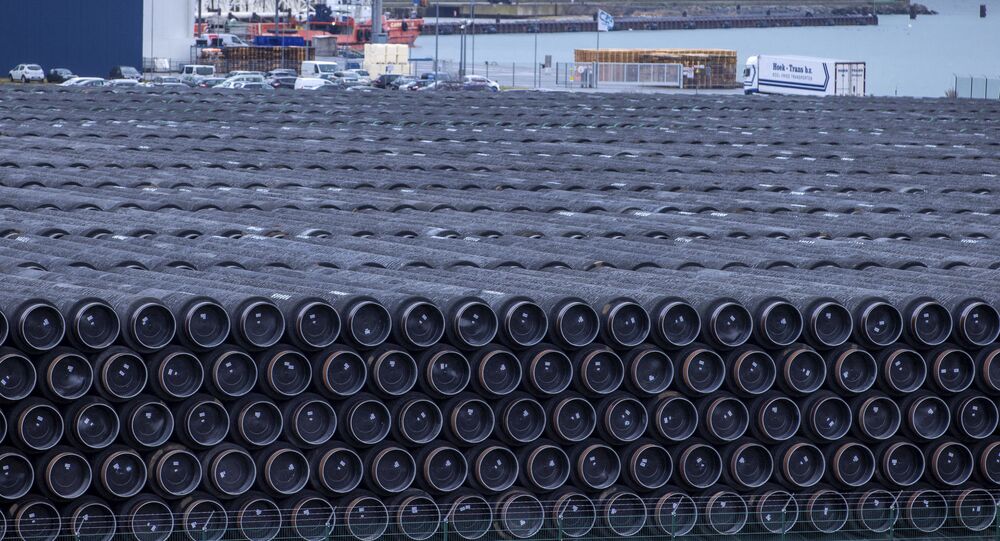 BERLIN (Sputnik) – The German government took note of the new US sanctions targeting the Nord Stream 2 gas pipeline project but adheres to its previous position that the project should be completed, German government deputy spokesperson Martina Fitz said on Wednesday.

On Tuesday, the United States imposed sanctions on Russian pipelaying vessel Fortuna and its owner KVT-Rus for building the Nord Stream 2 gas-exporting pipeline route. US Secretary of State Mike Pompeo explained that the sanctions target KVT-RUS under the Countering America’s Adversaries Through Sanctions Act for selling, leasing or providing to Russia goods, services, technology, information or support for the construction of Russian energy export pipelines.

“We took note of the recent developments [the US sanctions]. Our position on extraterritorial sanctions remains unchanged, we have repeatedly said that. The position on completing Nord Stream 2 remains the same, it is an economic project,” Fitz said at a briefing.

The United States is a vocal opponent to the Russian-led project aimed at carrying up to 2 trillion cubic feet of gas per year from Russia to Germany, as it seeks to export more liquefied natural gas to Europe. The pipeline’s construction was suspended a year ago after US sanctions forced Swiss offshore pipeline company Allseas to withdraw from the project. Construction was resumed in December 2020 and is expected to take several months to complete, according to expert estimates.

The German authorities, including Chancellor Angela Merkel, have repeatedly rejected what they call “US extraterritorial sanctions,” saying that they consider the project to be economic and not political.