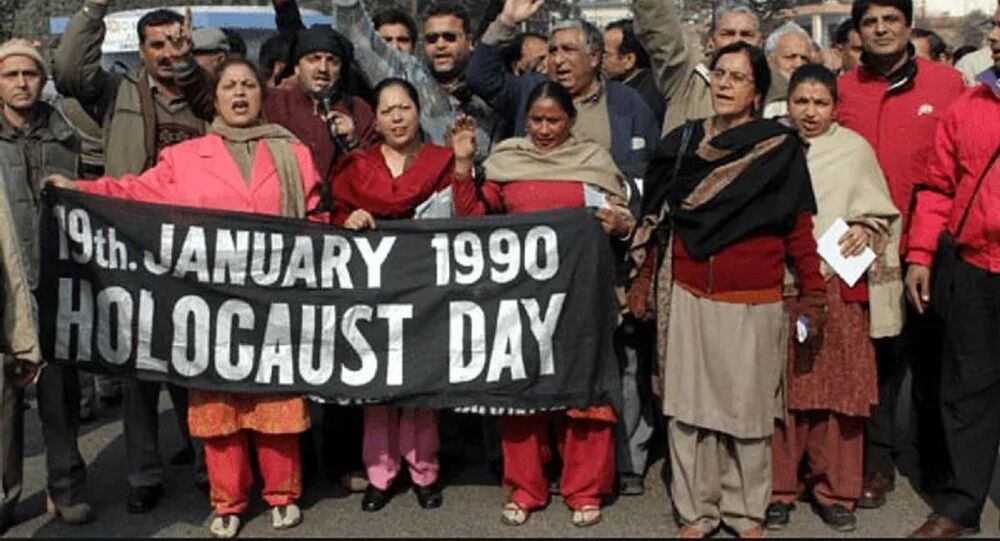 On 19 January 1990, around 62,000 Kashmiri Pandit families from Jammu and Kashmir were forced to leave the Kashmir Valley due to escalating violence. Many people lost their lives and thousands of families had to lead the life of refugees in other Indian states after this exodus.

On the 31st anniversary of the Kashmiri Pandits’ Exodus, veteran Bollywood actor Anupam Kher has paid tribute to those who lost their lives during “the most tragic incident” which occurred on this day, 19 January 1990.

“With time some wounds do not heal or hide. Today, it has been 31 years for the Kashmiri Hindus to be forced out of Kashmir. Let me remind you once again what happened on the night of 19 January 1990. What does it mean to be a refugee in our own country?”, Anupam wrote on Twitter.

Anupam’s family was one of thousands forced to leave behind most their worldly belongings and flee to other states.

Recalling the horrors of the incident that still gives many the goosebumps, Anupam shared, “Deaths, rapes, Kashmiri Pandits shot dead in broad daylight, and thousands of them forced to leave their house. All this was happening in the 80s. But in the wee hours of 19 January 1990, thousands of people took to the streets and knocked on the houses of Kashmiri Pandits and told them to flee their house. There were dangerous threats behind it. A ‘Leave, Die, or Convert’ announcement was made on a loudspeaker”.

“Around 400,000 Kashmiri Pandits packed their bags with whatever they could collect and were forced to leave their homes and live the life of a refugee in their own country. But we neither picked up weapons or shouted slogans of freedom. We believed in working hard and continued with it”, the veteran actor shared on Twitter.

With the scrapping of Article 370 of the Indian Constitution in 2019 that revoked the erstwhile state of Jammu and Kashmir’s special status, Kher feels the dream of many Kashmiri Pandits to return to their homeland will now come true.

“The scrapping of Article 370 is like a medicine to our wounds but when will it heal us, only time will tell… My mother’s generation may continue to dream of returning to their homeland and might not be able to return but I hope the younger generation of Kashmiri Pandits will keep the struggles of everyone alive. As you are our hope and strength”, he added.

Under Article 370, the seven-decade quasi autonomy of the state had allowed the region’s legislature to make its own laws. It also banned people from outside the state from getting state government positions.

Jammu and Kashmir is now a federally-administered Union Territory (UT) like any other state or UT.

Sri Lanka Okays New Project With India, Japan Amid Criticism Over Pulling Out of Trilateral Deal

As Priyanka Chopra Opens Up About Bullying, What Other Bollywood Celebs Were Intimidated as Kids?

Farm Laws Will Be Scrapped At All Cost: Rakesh Tikait, Farmers Leader