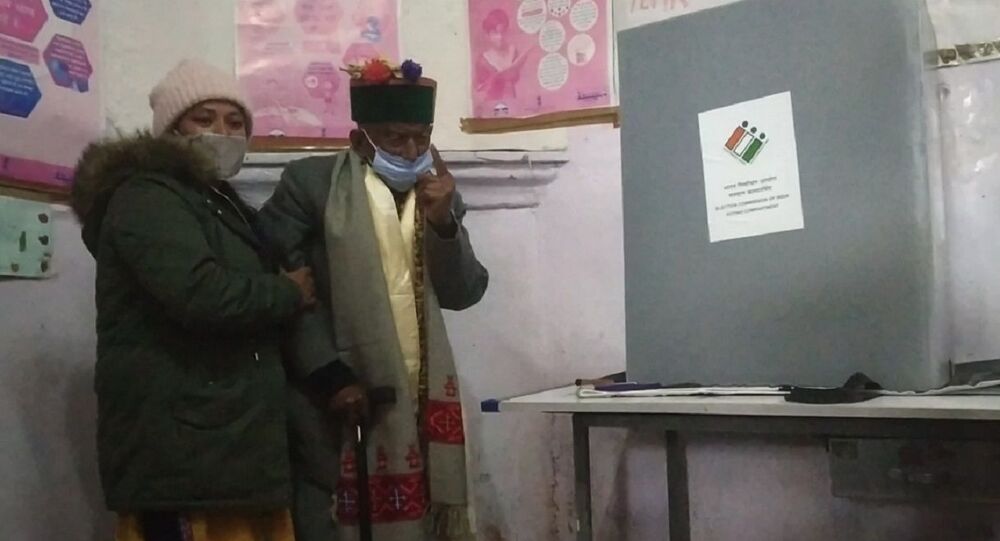 Nestled at the foothills of the towering 6,050-metre mountain Kinnaur Kailash is a small town called Kalpa. Situated on the old Hindustan-Tibet Road, 260 km from the Himachal Pradesh capital Shimla, it is one of the most remote regions of the country. India’s eldest voter lives there.

The far-flung village of Kalpa, in the tough-terrained Himalayas, boasts a resident who has exhibited his strong faith in democracy.

Shyam Saran Negi was the first Indian to cast his vote in the first general election in independent India way back in 1951. Seventy years later, he is still exercising his right with as much conviction and enthusiasm as he did the first time.

On Sunday, the 103-year-old Negi cast his vote once again in the ongoing Panchayat elections to elect village heads in Himachal Pradesh.

He walked the 100-metre distance to the polling booth on his own, refusing the wheelchair offered by the district authorities. They had rolled out the red carpet to welcome him.