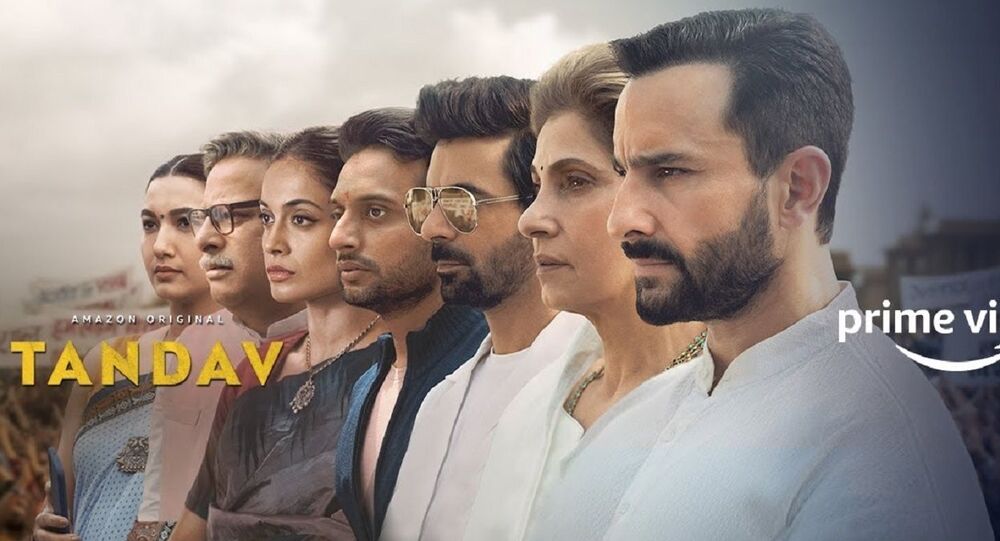 Tandav, a web series, featuring Bollywood superstar Saif Ali Khan, has been under the scanner for allegedly “hurting the religious sentiments of Hindus”. The series was released on 15 January on Amazon Prime Videos.

A case has been filed against Amazon Prime’s India head of original content Aparna Purohit in connection with a controversy that has erupted over the “Tandav” web series.

The director of the web series, Ali Abbas Zafar, producer Himanshu Krishna Mehra, writer Gaurav Solanki, and others have also been named in the case for allegedly hurting religious sentiments.

Media Adviser of Uttar Pradesh State Chief Yogi Adityanath has shared a copy of the complaint on Twitter and warned of arrests.

As per the police complaint, there were angry outbursts on social media against the content of the web series, which was released last week, with many people posting clips from it.

“After watching the series, it was found that in the 17th minute of Episode 1, characters playing Hindu gods and goddesses have been shown in an uncharitable way and using undignified language, which can trigger religious sentiments”, the police complaint reads.

“Similarly, in the 22nd minute of the same episode, efforts have been made to ignite caste clashes. The person holding a dignified post like that of prime minister has been shown in a very derogatory manner throughout the web series”, it adds.

The case has been registered under sections of promoting enmity between different groups on grounds of religion, race, place of birth, destruction, damage, or defilement of a place of worship or an object held sacred.

It also includes allegations such as forgery for the purpose of harming reputation, statements conducive to public mischief, with intent to threaten the unity, integrity, security or sovereignty of India, or to strike terror in the people or any section of the people.

Speaking to Sputnik, a senior official of Uttar Pradesh Police said a team from state’s Hazratganj area (where the complaint was registered) will leave for Mumbai city (Maharashtra state) to investigate and interrogate those named in the police complaint on Monday.

In the letter, Kotak wrote, “It seems that the makers of Tandav have mocked Hindu gods and disrespected Hindu religious sentiments. I urge the Ministry of Information and Broadcasting to ban Tandav for the meantime”.

As per media reports, the Ministry of Information and Broadcasting has sought an explanation from the streaming platform Amazon Prime Video on the issue.

Google To Pick Up 7.7% Stake In Reliance’s Jio Platforms for $4.5 Billion – Mukesh Ambani