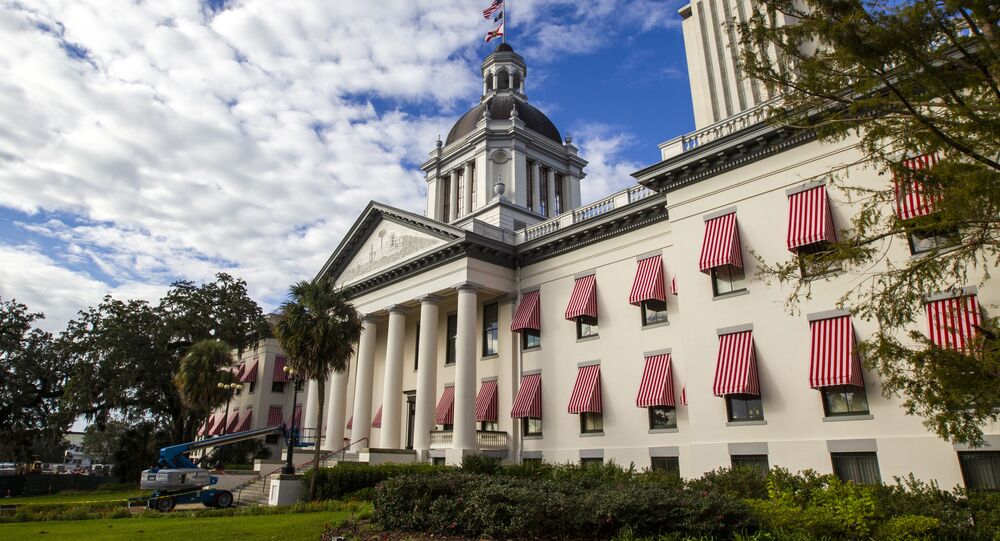 Following the deadly 6 January attack by Trump supporters, the FBI is preparing for multiple armed protests in DC and state capitals in response to the upcoming 20 January inauguration of President-elect Joe Biden, with many in the GOP continuing to claim that the 2020 presidential election was stolen from the outgoing US president, Donald Trump.

Reported on Sunday, 33-year-old Daniel Alan Baker was alleged to have been recruiting like-minded people through social media to join him in an armed protest against pro-Trump supporters reportedly planning to gather on Sunday at the state Capitol, just a few days before the inauguration, according to Fox News.

Baker, alleged by the outlet to be an “antifa” supporter, identifies himself as a “hardcore leftist.” He was arrested on Friday by the FBI for violating a federal law of, according to the criminal complaint, “transmitting in interstate or foreign commerce any communication containing any threat to kidnap any person or any threat to injure the person of another.”

The activist on Friday appeared before Magistrate Judge Charles A. Stampelos and will remain in a detention centre until a 21 January hearing.

Baker served in the US Army before being expelled for going AWOL just before his unit was sent to Iraq. After his expulsion, he lived nearly 10 years as a homeless man in the Tallahassee area before joining the People’s Protection Units (YPG), a primarily-Kurdish armed militia fighting in Syria against ISIS and the Turkish government.

’24 Hours, Nothing But Pain’: Jacob Blake Speaks in Public for First Time Since Being Shot by Police

Kamala Harris: How Have Media and Netizens Reacted to Joe Biden’s Choice of Running Mate?