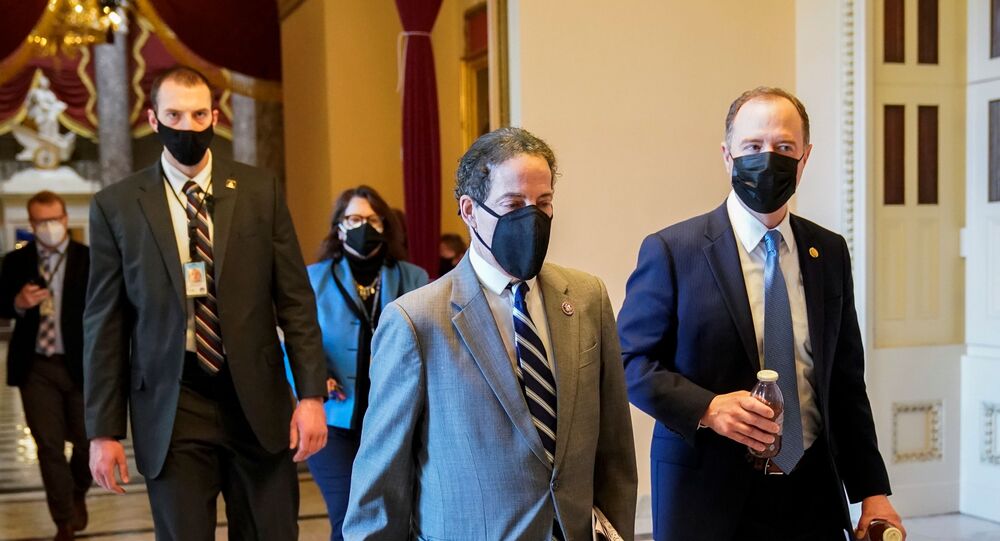 On 6 January a pro-Trump rally in Washington DC turned into violent uprising that struck the US Capitol, resulting in five deaths and widespread damage. Many former and acting military and law enforcement members were involved and speculation has followed that the protesters had inside support.

The US House Intelligence Committee has initiated an inquiry into the deadly 6 January attack at the US Capitol, according to a letter addressed to FBI Director Chris Wray, the current director of national intelligence, John Ratcliffe, and other top intelligence officials.

The committee requested “relevant documents, and schedule briefings” from law enforcement agencies to clarify whether “systemic failures” occurred during the riot.

As the document reads, the committee will investigate what elements US federal intelligence agencies knew about threats of violence “before, during and after the insurrection.”

“The Committees plan to review what the Intelligence Community and federal law enforcement knew about the threats of violence, whether that information was shared or not, and whether the threats had any nexus to foreign influence or misinformation efforts,” the document reads.

In addition, the committee will look into whether there are security clearance holders who participated in the attack. The chairmen also requested information about measures taken to “identify, apprehend or prevent the travel” of those who particpated.

The document reflects recent reports alleging that the FBI and the Department of Homeland Security did not prepare a specific warning about plans circulating online ahead of January 6 that called for violence at the Capitol.

On 6 January, Trump supporters arrived in Washington DC from around the country to attend a speech by the outgoing president given on the White House lawn. Soon after Trump’s speech, many of the attendees broke into the US Capitol building, killing five people and causing widespread damage and vandalism, as the joint session of Congress was certifying the results of the 14 December Electoral College vote.

The angry mob was purportedly assisted by several police officers that allowed protesters to pass through barricades. A detained Trump supporter told the FBI that a Capitol police officer grabbed his hand during the invasion, shook it, and said, “It’s your house now.” On Friday, the Associated Press reported that at least 22 current and former US soldiers and law enforcement officers were among the protesters.