As Twitter CEO Jack Dorsey defended the decision to permanently ban US President Donald Trump from the microblogging platform, he also revealed that the company sought to “fund an initiative around an open, decentralised standard for social media” with an eye to being “a client of that standard for the public conversation layer of the internet”.

Twitter CEO Jack Dorsey has admitted that the social media giant needs to “look critically at inconsistencies of our policy and enforcement”, examine “how our service might incentivise distraction and harm” and provide “more transparency in our moderation operations. All this can’t erode a free and open global internet.”

Addressing the permanent ban of President Donald Trump’s account in the wake of the 6 January Capitol mayhem, Dorsey also pointed out that there are “real and significant ramifications” to the blocking of an account – especially one with more than 88 million followers, highlighting that he thinks that the move constitutes a “dangerous” precedent.

Dr. John Laughland, a political analyst, historian and specialist in international affairs, has offered his views on Dorsey’s statement and the censorship of the 45th POTUS’ account in an interview with Sputnik.

Dr John Laughland: The answer is no, because of course until Twitter rescinds its permanent ban on Donald Trump, it will not be reversing its own policies – by definition. That was the highest-profile example of cancelling somebody’s account, cancelling someone’s point of view. And if Twitter doesn’t revoke that decision and reinstate Donald Trump’s account, then there is no evidence of it rescinding its policies. Twitter was always supposed to be a soapbox. It was not supposed to police content, and in particular it should not police content where there are already laws – as there are in every country – limiting certain kinds of speech, including incitement. 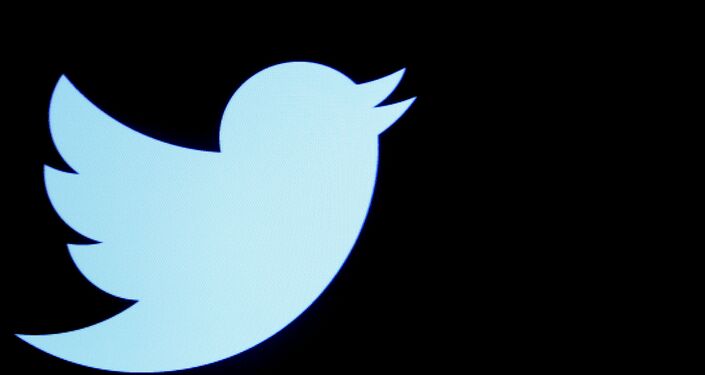 All countries have laws against incitement – or I assume most countries do – certainly the United States has. And if you incite someone to violence then, legally, you can be prosecuted and convicted. But it’s not for the vehicle through which you do your incitement to police that, it’s for the judicial authorities to police it. So, Twitter should not put itself in the place of the police or the prosecution, or the prosecuting authorities and the judiciary.

Sputnik: What could this policy of apparent double standards on behalf of the social media giants lead to?

Dr John Laughland: I hope it leads to people leaving them, and to the end of their hegemony. We’ve seen this already with Parler – the alternative group, platform Parler. We’ve seen a lot of people leaving Twitter to go to that instead – Telegram and others. We’ve seen on the first day a drop in the share value of Twitter. Donald Trump, let’s not forget, was the single biggest – the single most followed – person on Twitter in the entire world. If his account is cancelled, then my hope is that that will, through a natural process of market operation, lead to the end of the hegemony of these companies and to the emergence of alternative platforms.

But it may be of course, that, as for example, in Poland, that legislation is needed to clarify their powers. (Poland is producing a law on this subject, and it could well be that there will have to be some legislative action as well to be taken against [social media giants].) But as I say, in the short term, I hope that people will simply stop using them and that the problem will be sorted out that way.

Sputnik: While the social media giants now seem successful in helping Democrats force their agenda through, what kind of consequences could await them in the long run? Do you expect governments to prosecute them or restrict their activities?

Dr John Laughland: Prosecution is a strong instrument, obviously. They are, after all, a vehicle and in a way, I suppose, you might argue that it’s their right, they can publish whom they want. If they decide that they’re a publisher and not a soapbox, then they can decide to publish who they want. So it may be that prosecution isn’t the way forward.

So it could also be that breaking their cartel – decartelisation – is the right approach. But yes, if they behave as flagrantly as has happened now, where their biggest user is banned for life and he is after all an elected official – indeed the most famous elected official in the world – then perhaps prosecution is appropriate.

It obviously won’t happen in the United States, because power is about to pass to the Democrats, but what I’m saying is there can be a variety of approaches – prosecution, anti-competition, competition law, and the natural process of the market.

‘The Notion That US Debt Can Ever Be Paid Back is Ridiculous’, Analyst Says

‘All Over the Place’: Trump Alternately Praises, Disparages Military to ‘See What Sticks’ – Journo