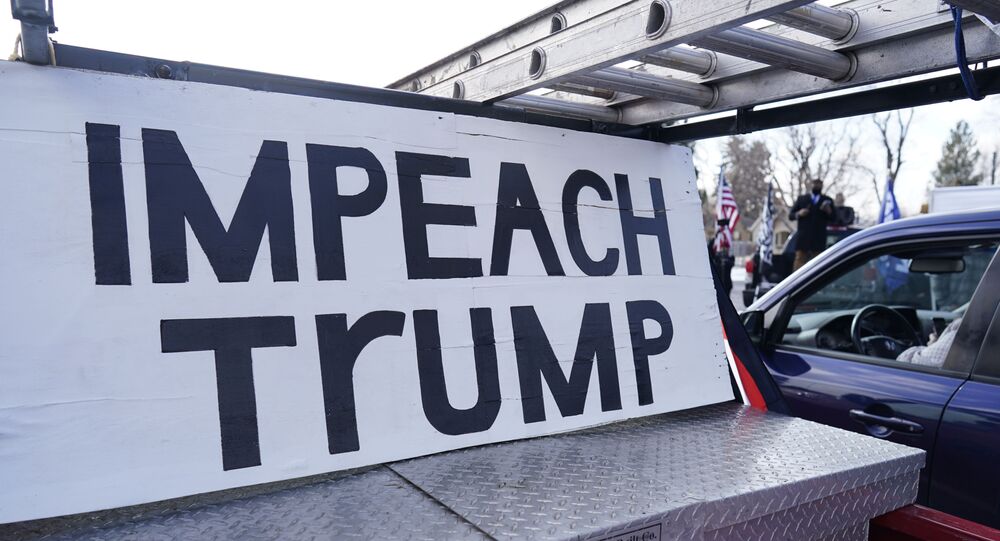 On 13 January, the US House of Representatives voted to impeach Donald Trump a second time, charging him with “incitement of insurrection”, after accusations were levelled against him for ‘instigating’ violence after his supporters breached the US capitol on 6 January, resulting in five deaths and widespread damage.

A vote by the US House of Representatives on Wednesday made Donald Trump the first president in the history of the United States to be impeached twice, after he was blamed for engaging in high crimes and misdemeanors by “willfully inciting violence against the government of the United States” during the deadly riots that engulfed the Capitol Hill in Washington, DC on 6 January.

After the article of impeachment was introduced on 11 January by Democratic Congressman Ted Lieu, five days after the Capitol mayhem that resulted in five deaths, the House approved the resolution to impeach Trump 232 to 197, with at least 10 Republicans breaking ranks to support ousting the president.
This was, historically, the most bipartisan impeachment vote in US history (five Democrats voted to impeach Bill Clinton in 1998).

Here are the 10 Republicans who voted for impeachment:

Cheney is the elder daughter of former Vice President Dick Cheney, and previously held several positions in the US State Department during the George W. Bush administration.