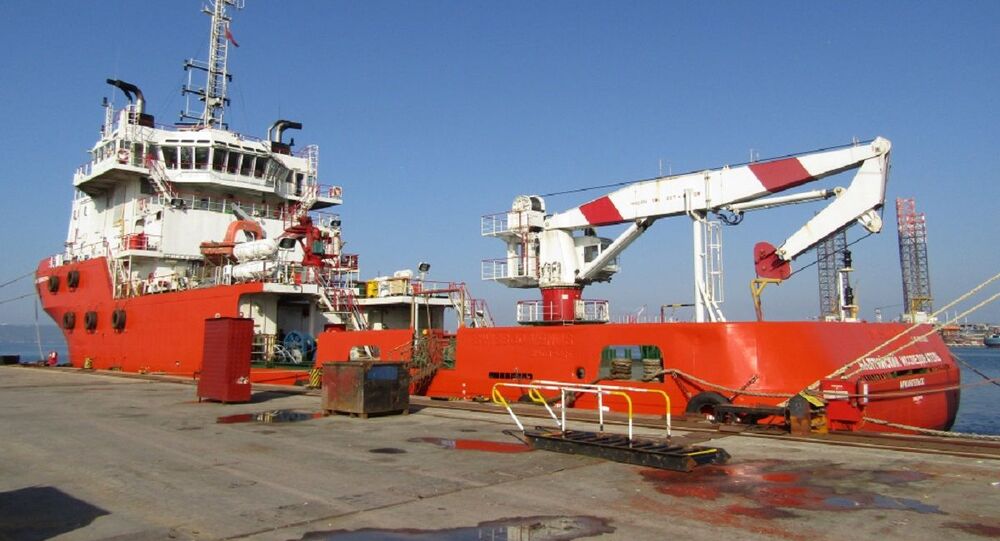 Last Thursday, the parliament of the northeastern German state of Mecklenburg-Vorpommern voted to establish a special environmental foundation whose mandate includes the protection of participants of the Nord Stream 2 pipeline project from the extraterritorial US sanctions approved late last year.

The Baltiyskiy Issledovatel (lit. ‘Baltic Explorer’), a Russian-flagged offshore supply ship involved in the Nord Stream 2 pipeline project, has been spotted in Danish waters, with vessel tracking portal MarineTraffic showing the ship to be situated about 25 km off Bornholm Island shortly after noon GMT.

The vessel, based at the German port of Mukran, is one of multiple ships involved in the completion of construction of the Nord Stream 2 pipeline. The Fortuna pipelaying crane vessel, another Russian-flagged ship involved in construction, is said to sailing north from the port of Wismar.

The Murman salvage/rescue vessel, also involved in construction, remains anchored near Mukran, with the Umka and Ivan Sidorenko supply ships also located there.

Meanwhile, the Akademik Cherskiy, the Russian pipelayer long-considered as the centerpiece of a Russian-led effort to complete the pipeline, left the construction area on 12 January and is currently situated near Kaliningrad.

In late December, the Danish Maritime Authority revealed that the Fortuna would begin work in Denmark’s exclusive economic zone starting 15 January, with the ship to be accompanied by the Baltiyskiy Issledovatel and the Murman, and other vessels. A 200 meter-wide zone in either direction of the construction area has been marked off.

Denmark became the last country along Nord Stream 2’s route to approve construction on its continental shelf, doing so in October 2019, after Russia, Finland, Sweden and Germany had already issued similar permits. Copenhagen approved construction despite reports of heavy diplomatic pressure by the US and its allies not to do so.

Also on Thursday, Wintershall, one of the two German energy concerns involved in Nord Stream 2, expressed confidence that it would not be subject by any US sanctions. “Wintershall Dea is fully committed to all its obligations under the financing agreements with Nord Stream 2 AG. We are closely following the developments in the USA. According to our assessment, Wintershall Dea as a financial investor of Nord Stream 2 AG is not the focus of any sanctions,” the company said in a statement to Sputnik.

Earlier, the CEO of Uniper, other German energy company involved in the project, similarly indicated that his firm has yet to receive any sanctions threats from the United States.

US lawmakers tacked sanctions against Nord Stream 2 onto a must-pass $740 billion defence package in December 2020. President Donald Trump vetoed the bill over unrelated matters, but Congress overrode the veto on 1 January 2021. The move prompted Norway-based risk management company DNV GL to announce that it would not be able to certify the project. 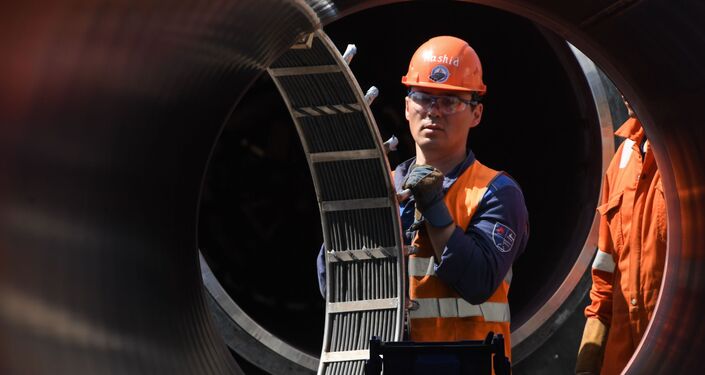 Last Thursday, lawmakers in the German state of Mecklenburg-Vorpommern established a special environmental foundation to protect Nord Stream 2 from US sanctions pressure, listing the project as a means to allow the state to phase out nuclear and coal power and have its energy security assured when alternative clean energy resources aren’t available.

The new sanctions follow a separate round of US restrictions against Nord Stream 2 in 2019, with Washington’s threats of “potentially fatal measures” against a Swiss contractor working on the project prompting the company to pull out, with roughly 165 km of the $10.5 billion 1,230 km pipeline left to build. Russia vowed construction would continue, and work on the project formally resumed in December 2020.

Nord Stream 2 envisions the construction of two new pipelines capable of pumping gas from Russia to northeast Germany, with the infrastructure expected to double the existing Nord Stream network’s capacity from 55 to 110 billion cubic meters of gas per year.

Washington has long opposed the construction of Nord Stream 2, alleging it would make Europe “dangerously” dependent on Russian energy supplies. Moscow has dismissed the claim, suggesting the US’s formal reasoning is merely a pretext to force Europe to buy more expensive US LNG supplies.

US Slaps Sanctions on Several Companies for ‘Enabling Shipment, Sale’ of Iranian Petrochemicals