As one of the authors of the new study has explained, the focus of their attention, the so called cosmic optical background, essentially “puts a constraint on the total number of galaxies that have been created”.

Using the observations made by NASA’s New Horizons mission – a probe sent to study Pluto and objects in the Kuiper belt – a team of scientists has made an attempt to calculate the approximate number of galaxies in existence, phys.org reports.

According to the media outlet, the scientists sought to count the number of galaxies that cannot be seen from Earth by measuring the brightness of the “cosmic optical background”, with the New Horizon providing visuals that weren’t affected by the so called zodiacal glow – sunlight reflected by space dust particles present within our solar system.

“These kinds of measurements are exceedingly difficult. A lot of people have tried to do this for a long time,” said one of the study’s authors, Tod Lauer from the NSF’s NOIRLab. “New Horizons provided us with a vantage point to measure the cosmic optical background better than anyone has been able to do it.”

As Marc Postman of the Space Telescope Science Institute in Baltimore, Maryland explained, the cosmic optical background essentially “puts a constraint on the total number of galaxies that have been created, and where they might be in time”. 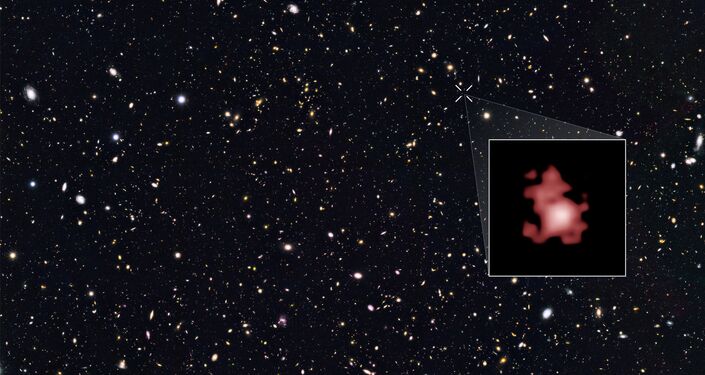 Whereas previous calculations that were based on the data supplied by Hubble Space Telescope suggested that there may be up to two trillion galaxies in the universe, the new study provides a more conservative estimate, arguing that these “unseen galaxies” number “only in the hundreds of billions”.

“It’s an important number to know—how many galaxies are there?” said Postman. “We simply don’t see the light from two trillion galaxies”.