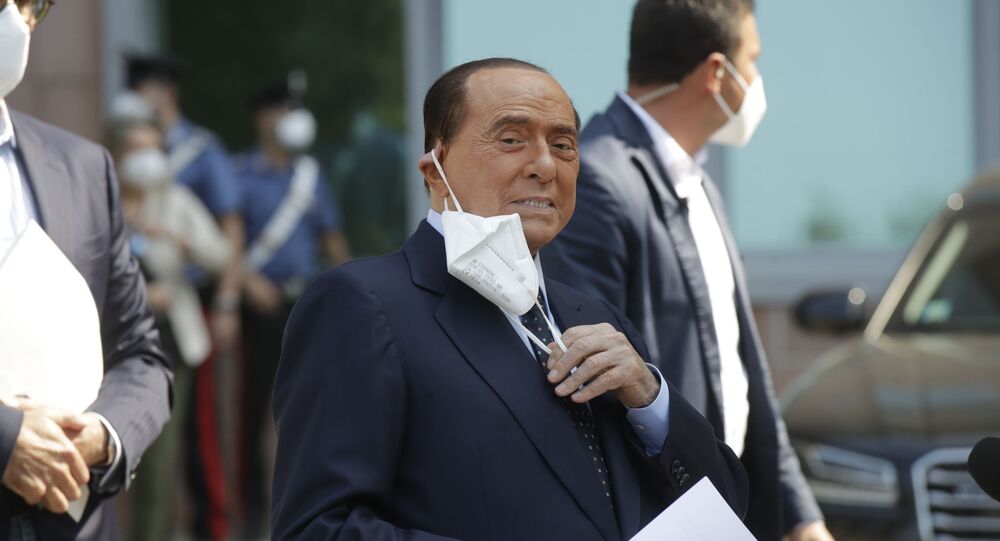 Berlusconi, 84, served as Italy’s prime minister several times, the most recently being from 2008 to 2011.

Silvio Berlusconi, Italy’s former prime minister, has been admitted to hospital in Monaco because of problems related to his heart, his personal doctor told the ANSA media service.

The ex-prime minister’s doctor, Alberto Zangrillo, revealed on Monday that the politician and tycoon was urgently hospitalised in Monte Carlo’s hospital. It is believed that the medical team did not want to risk his state of health by sending him over to his home country Italy.

The news was also confirmed by Berlusconi’s spokesperson, who told AFP that he was admitted “to the Cardiothoracic Hospital in Monaco for tests.”

“He will return home within a few days,” the spokesman added.

Following news that Berlusconi had been hospitalised, PRT-shares in his business Mediaset have risen 1% in the past hours.

The Forza Italia leader was previously admitted to hospital in September after he contracted coronavirus. Berlusconi, who is believed to have been infected with the virus in Sardinia, called his 11-day hospitalisation back then “the most difficult ordeal” of his life. According to reports, Italy’s former prime minister was diagnosed with double pneumonia during his time at the medical facility.

“Once again, I seem to have got away with it!” Berlusconi said back then, when leaving the hospital last time.

In 2016, the politician underwent a four-hour heart surgery during which a defective aortic valve was replaced. Alberto Zangrillo said that time that Berlusconi was nearly killed by a stroke, after he was admitted to San Raffaele Hospital in Milan following the campaigning event at the local elections.

Berlusconi has served as Italy’s prime minister at three different times, from 1994 to 1995, from 2001 to 2006, and most recently from 2008 to 2011. After a conviction for tax fraud in 2013, for which his punishment was to do community service at a retirement home, Berlusconi was banned from holding any legislative office for six years. In 2018, the ban was lifted by the Italian court.

The politician has stayed leader of his party, Forza Italia.