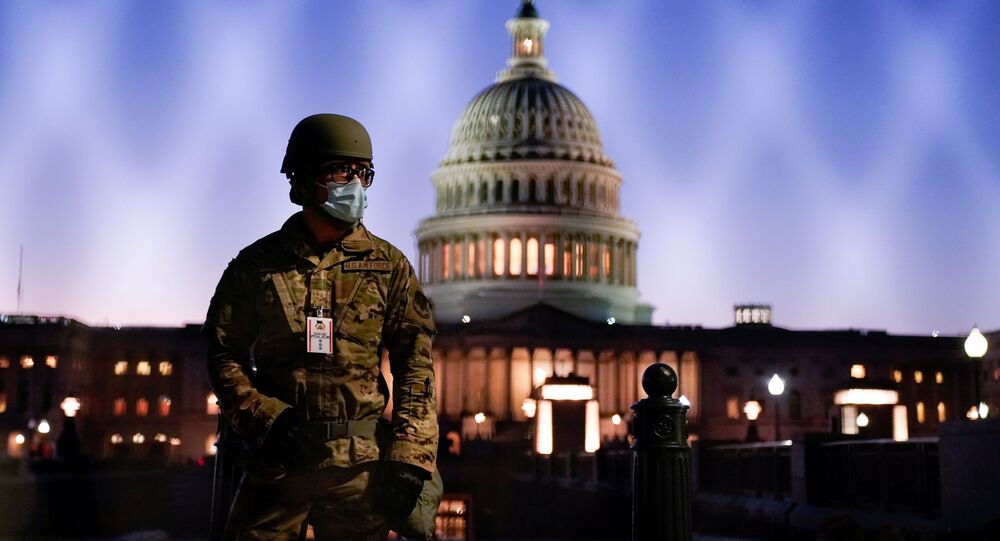 On Monday, President Donald Trump approved an emergency declaration for Washington, DC ahead of the 59th presidential inauguration that will remain effective through 24 January and aims to protect “public health and safety in the District of Columbia”.

They referred to a decision by Army Secretary Ryan McCarthy who earlier allegedly said those National Guard troop stationed around the Capitol on 20 January will carry weapons.

Earlier this week, the Pentagon authorised up to 15,000 National Guard personnel from across the country to be deployed to Washington to support law enforcement before and during Biden’s inauguration.

Defence Department officials said that even the National Guard troops directly involved in securing the Capitol complex and deployed elsewhere in the Washington area, “would not be far” from their arms.

The officials also claimed the White House had signed off on a move to arm those National Guard troops who are not active-duty military forces.