Iran, whose population is predominantly Shia, has long been considered an enemy of the Sunni-based al-Qaeda. Claims that the pair have collaborated in terrorist acts have been voiced before by the US; however, officials have failed to ever provide sufficient evidence to back those accusations. 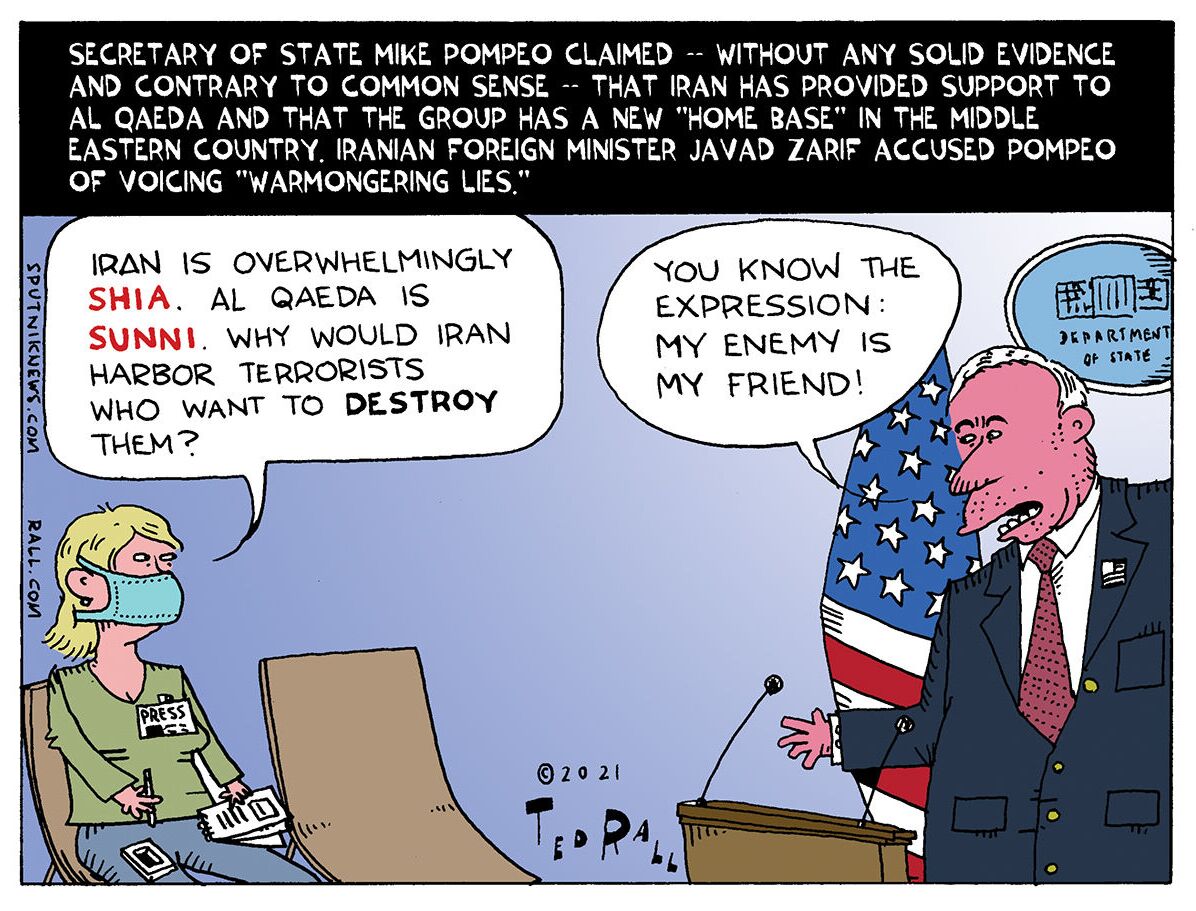 Without providing any hard evidence, US Secretary of State Mike Pompeo alleged on Tuesday that Iran has provided support and welcomed the terrorist group al-Qaeda into the Middle Eastern country to create its “new home base.”

However, the unsubstantiated claims were immediately shot down by Iranian Foreign Minister Javad Zarif, who accused Pompeo via Twitter of spreading “more warmongering lies.” Zarif added, “No one is fooled. All 9/11 terrorists came from [Pompeo’s] favorite [Middle East] destinations; none from Iran.”

Reports have suggested that the latest stance taken by the Trump administration is an attempt to further escalate tensions between the US and Iran, as well as tap the 2001 Authorization of Use of Military Force, which may clear Washington to use force against Iran if al-Qaeda were proven to be present there.

With political turmoil and a pandemic already in hand, adding on an even more tense relationship with Iran will be quite the parting gift for US President-elect Joe Biden. Gone are the days when one was given a present from Tiffany & Company.