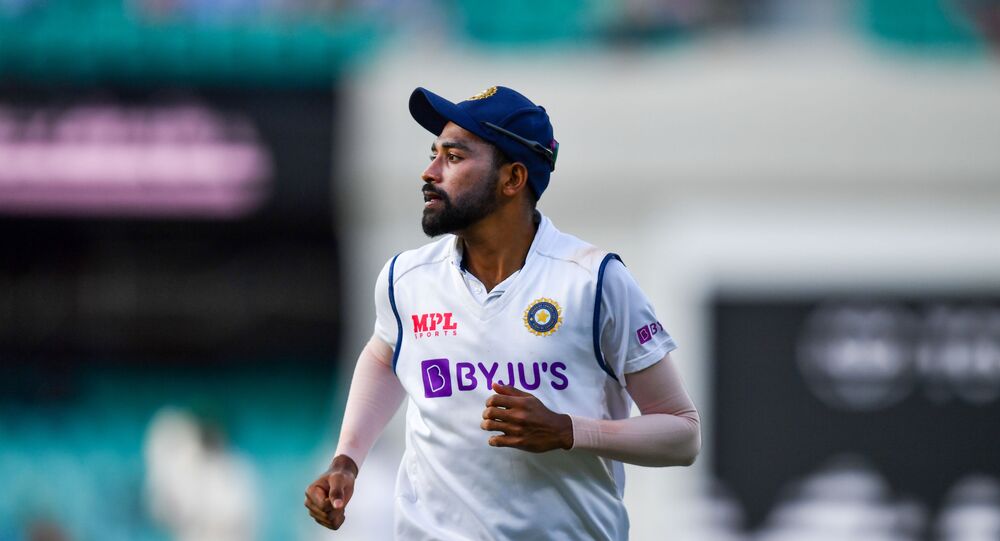 An enquiry into racism allegations levelled against some Australian fans by 26-year-old Indian pacer Mohammed Siraj began on Tuesday. So far, witnesses interviewed by Cricket Australia have disputed the Indian bowler’s account of being racially vilified by a group of Australian spectators at the Sydney Cricket Ground.

In a fresh twist in the ongoing controversy that erupted after Indian pacer Mohammed Siraj accused Australian fans of racially abusing him, a witness has reportedly told a probe commission that he didn’t hear anything racist directed at the 26-year-old bowler by the accused fans.

“They were singing songs like, ‘We love you Jasprit, we do’. ‘Jasprit, give us a wave’, weaving his name into songs, stuff like that. There was no derogatory stuff but it was just constant. It wasn’t a great workplace but there was nothing racist”, one of the spectators at the Sydney Cricket Ground (SCG) was quoted as saying by Australian daily the Sydney Morning Herald.

Ben Grogan, the witness, told a probe into the incident launched by Cricket Australia that he was in the stands behind the Indian bowler when the alleged incident took place.

As per Grogan’s statement to Australia’s peak cricketing body, the six persons kicked off from the ground over racism allegations on Sunday after complaints from Siraj and teammate Jasprit Bumrah weren’t the offenders.

The security staff at the SCG has also reportedly rejected allegations levelled by the visiting Indian team against the six ejected supporters, as per an incident report submitted to Cricket Australia. According to Australian media reports, the guards claimed that all the accused spectators did was refer to Siraj as “Shiraz” and that they heard no racist taunts.

A video making the rounds on social media seems to partly corroborate the guards’ version of events.

However, some social media users have also pointed out that there is a voice asking Siraj “Why so Black”?

​Meanwhile, Siraj has reiterated his allegations to the Cricket Australia enquiry, saying that he was called a “brown dog”, among other derogatory slurs.

The play during the third cricket test between Australia and India was interrupted on Saturday and Sunday after Siraj, fielding near the boundary, claimed that he was being racially abused by Australian fans.

The Australian hosts were quick to issue an apology to the Indian team over the incident, with the New South Wales state police launching a parallel probe into the racism incident.

We have launched an investigation in parallel with NSW Police following a crowd incident at the SCG today. Full statement 👇 pic.twitter.com/D7Qu3SenHo

Former Jammu and Kashmir State Chief and Family Are Under House Arrest, He Claims

Bollywood Suffers Yet Another Loss with Passing of Director Nishikant Kamat