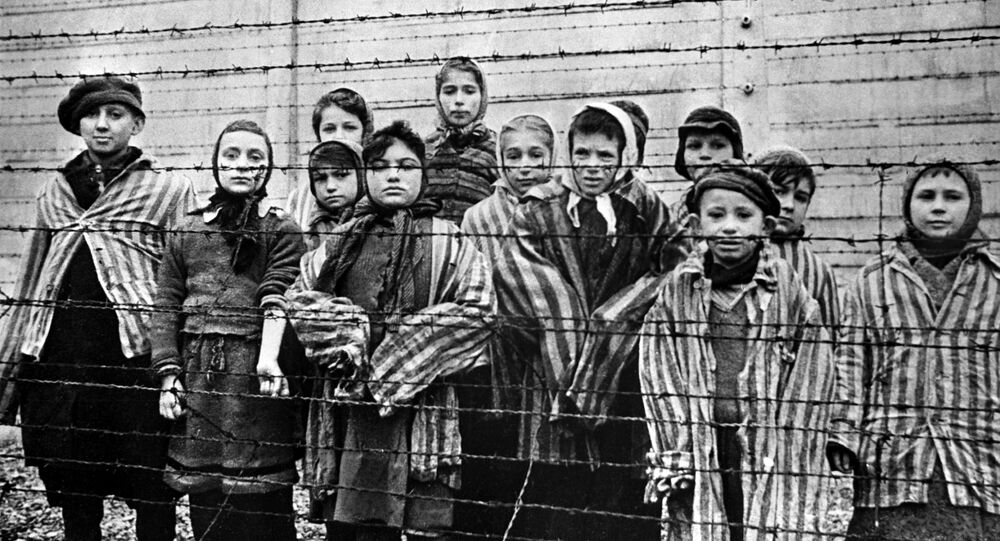 Teespring came under fire last week after the “Camp Auschwitz” hooded sweatshirt donned by a rioter in Washington, DC, was quickly identified and traced back to the online e-commerce platform’s marketplace.

Teespring announced Monday that it would be discontinuing sales of a viral “Camp Auschwitz” design that caused “distress caused to communities and individuals alike.”

The user-submitted design in question quickly rose to infamy last week after an unnamed man was wearing a hooded sweatshirt with the design while illegally trespassing in the US Capitol building.

The man in question was identified as Robert Keith Packer, a 56-year-old Virginia resident.

However, it was a tweet from Twitter user @curtsf that brought the sweatshirt’s vendor to the forefront. The design was pulled from the website hours laters.

.@teespring Take this shit down. pic.twitter.com/gOyW2crF20

“As a creative platform, we try to allow and encourage our users freedom of expression. We have detection systems in place for problematic designs, but at times, bad characters evade these systems,” Teespring tweeted Monday. “We’re continuously striving to improve our systems and processes.”

Teespring also noted in its social media statement that a donation – of an unspecified amount – will be made to Auschwitz‑Birkenau Memorial and State Museum, which also alerted the business to the design.

“The shirts below commemorate Fr. Maximilian Kolbe who sacrificed his live and replaced a stranger in a starvation cell. Accepting “camp Auschwitz” shirts is disrespectful to him and to all other victims,” the Auschwitz Memorial said in an early Sunday morning post.

Thank you @teespring for the quick reaction and removing the items.

While the merch is no longer available on the e-ecommerce platform, user @free_nac alleged that Teespring originally cited “freedom of speech” and its company policy when confronted about the design one month prior.

“Thanks for reaching out. Teespring strives to provide a safe environment for all of its users and buyers not only by adhering to strict Acceptable Use Policy (AUP), but by also being consistent in allowing freedom of speech / creativity,” wrote ‘Robert,’ a Teespring employee. “While we don’t necesssarily agree with all the content on our site, as long as it does not violate our AUP policy [sic] or our terms of service, sellers have full creative rights when launching new designs.

“We’re sorry you’re not a fan of this design, but we’re sure you’ll find some you love if you utilize the search tool on our home page,” the email read.

However, according to the platform’s AUP, hate speech, harassment and related “campaigns that promote or glorify hatred toward people based on their age, race, ethnicity, national origin, gender, gender identity, sexual orientation, disability and religion” are not allowed.