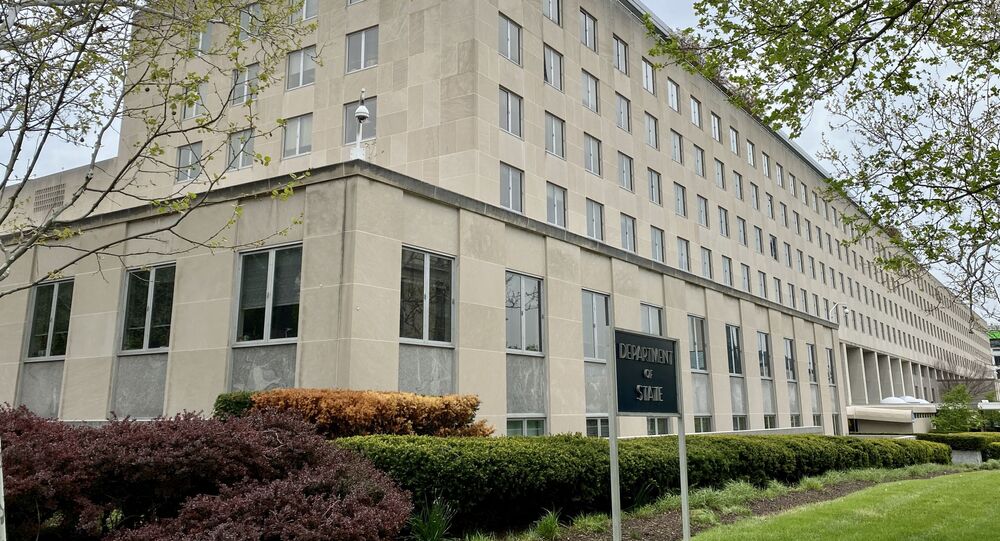 Who do you think has the power to decide the US presidency? Is it the American people, the Electoral College or the US Congress? After a sudden update in the bios of Donald Trump and Mike Pence, some suggest that this power may belong to the State Department, as well.

On Monday, the department’s bio page for Trump saw some drastic changes, suddenly displaying the text “Donald J. Trump’s term ended on 2021-01-11 19:49:00”, with the similar “corrections” done for the page of US Vice President Mike Pence.

What some have already called a “glitch” or “hack” or an attempt by “a disgruntled employee” to sabotage the US State Department, has quaked social media and tormented “State Department” to worldwide trends.

Although the two webpages were swiftly taken down, the screenshots instantly flooded social media, along with baffled netizens, some of whom pondered what that could mean, and some laughing about the situation.

Everyone to the State Department right now: pic.twitter.com/vLYokqMwkz

Really excited for my first day as webmaster for the US State Department. Now to take a big sip of coffee and see what everybody is talking about

Some random staffer at the State Department before they messed with the site: pic.twitter.com/DiUvjT26B4

​New candidates were suggested for the country’s leadership, as if the US presidency did not cause enough arguments over the past several years.

Today is the day the State Department website became president

Hey, @StateDept, what do you know that the rest of us don’t?

​Some users could not resist teasing Trump after he was permanently banned from Twitter.

​Others imagined the outgoing president’s reaction to the State Department’s bio corrections.

​While BuzzFeed reported that the venture was the result of a “disgruntled employee” and said that the State Department ordered an inside investigation into the incident, there was no official statement from the government branch.

The sneaky bio changes only fueled speculation around Trump’s possible impeachment, as the resolution was rolled out by House Democrats earlier in the day.

The potential impeachment, which would be Trump’s second, charges POTUS with “incitement of insurrection” after the recent attack on the US Capitol that left at least 5 people dead.