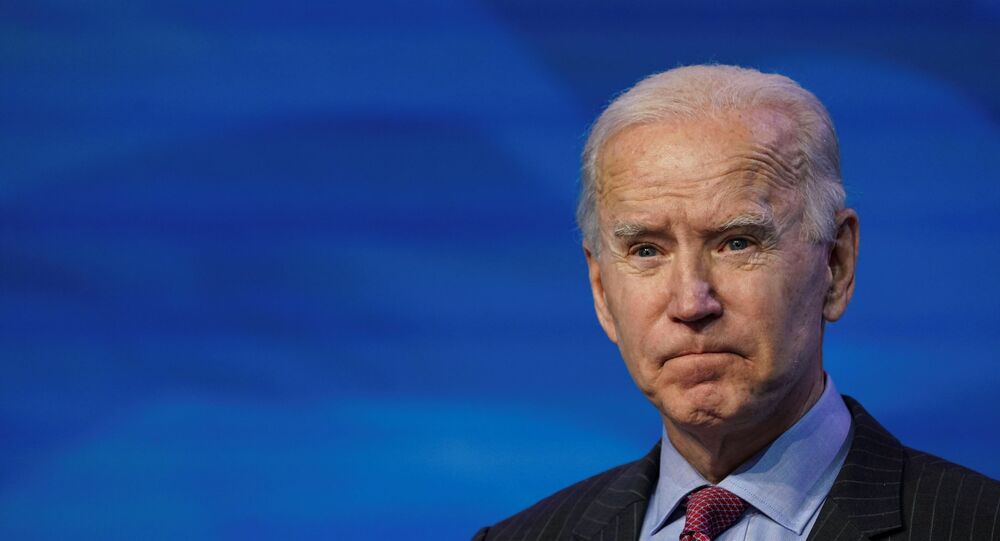 The removal of “restrictions” between the US and Taiwan by the outgoing Trump administration prompted a strong reaction from Beijing, which warned the US against “playing with fire”. Meanwhile, the Joe Biden transition team has reportedly said that its dealings with Taiwan would continue to be governed under the Taiwan Relations Act.

There is a serious “danger of escalation” if the incoming Joe Biden administration in the US doesn’t roll back the outgoing Trump administration’s weekend decision to remove the self-imposed restrictions on ties between Taiwan and Washington, Srikanth Kondapalli, a professor of Chinese studies at New Delhi’s Jawaharlal Nehru University (JNU), has told Sputnik.

In a significant development, US Secretary of State Mike Pompeo stated that the US would do away with “self-imposed” restrictions in Washington’s dealings with the break-away Chinese province. The reported visit of US Ambassador to the United Nations Kelly Croft to Taipei this week is set to take place under the new set of rules.

“Secretary of State Mike Pompeo’s statement [on removing the ‘restrictions’] is an administrative matter which can be rolled back by President-elect Joe Biden if he decides. The danger of escalation is if Biden doesn’t intervene! China’s retaliation could further raise costs for both. Taiwan has been a flashpoint all through several decades now and had gone through two major crises in 1958 and 1994”, says Kondapalli.

The so-called restrictions allude to where the officials from Taiwan and the US could meet and limit the seniority of US officials participating in events organised by Taipei among other diplomatic protocols, in line with Washington’s stated commitment for the One-China Policy.

“Some of these [restrictions] also include, for instance, no lunch or dinner meetings between officials”, noted Kondapalli.

The Chinese studies professor further claims that the reaction from Beijing could take the form of “military mobilisation” in the Taiwan Strait in the coming days. He warns, however, that the plenary of China’s governing Communist Party next year could witness greater political support for the idea of “re-unification” with Taiwan by force.

“There is no real prospect of Taiwan independence now. So, China will just mobilise its military to satisfy its nationalism and to keep its domestic audience intact”, reckons the Indian academic.

“With the 20th Party Congress due next year, however, factional struggles are likely to increase in China (urging the government to act) on this issue”, cautions Kondapalli.

At the 19th plenary of the CCP last year, Chinese President Xi Jinping stressed the need to bring back Taiwan under Beijing’s direct control. China has maintained that the status of Taiwan is the most important bilateral issue between itself and the US.

The Indian expert recalls that the outgoing Trump administration often challenged Beijing’s bottom line on the One-China Policy in the second half of his tenure through a host of measures, including approving $5.1 billion in arms sales to Taiwan in 2020.

Kondapalli explains that three communiqués have traditionally governed the US and China’s rules of engagement on Taiwan, per which Washington has pledged its adherence to the One-China Policy and refrained from arms sales to Taiwan, among other commitments.

“On Taiwan, the US stated in the communiqués about peaceful resolution of the cross-Straits situation. However, that has not happened [of late]”, he adds.

The three communiqués (1972, 1979 and 1982) or joint statements by the US and China form the bedrock of the formal relations between the two global powers. The US ended formal relations with Taiwan in 1979, as stipulated in the second communiqué and the US Congress-ratified the Taiwan Relations Act that came into effect in 1979.

Taiwan has always been considered by China as “an inseparable part of its territory”, with the United Nations forcing Taipei out of its formal structure and recognising Beijing as the sole Chinese state. The dispute between China and Taiwan dates back to the Chinese Civil War that ended in 1949, when Kuomintang (KMT)-led forces were defeated by the Chinese Communist Party under Mao Zedong, who then went on to establish political control over the entire mainland.

As things stand today, Taiwan isn’t recognised by any major power, all of who have committed themselves to the One-China Policy, under which Beijing is the sole heir to the post-1949 Chinese state.

Complicated Situation for US’ Asian Partners

The university professor said that the outgoing US government’s announcement on Taiwan risks reopening a potential regional flashpoint and creates a “complicated situation” for America’s partners in Asia, including Japan and Australia.

“The posturing of Australia, Japan and India have become complicated”, says Kondapalli, as he refers to ongoing disputes between China on one side, and Japan, Australia, and India on the other.

“Australia is in fact reeling under the trade ban of China. China had sent [the] Coast Guard and Air Force closer to [the] Senkaku Islands and so Japan also has expressed concerns”, he explains, noting the ongoing trade war between Beijing and Canberra as well as the maritime dispute over the island chain in the East China Sea. The Senkakus are governed by Tokyo, but are claimed by Beijing.

Kondapalli believes that even India, which is currently embroiled in a territorial dispute with China, has been thrown into a quandary over whether to entirely endorse the US’ move on Taiwan.

“Nevertheless, they [Japan, Australia and India] have not made any statement on the Taiwan issue. This depends on China”, explains Kondapalli.

US Sees Alaska Meeting With China as Stand-Alone Event, Not Start of Mechanism