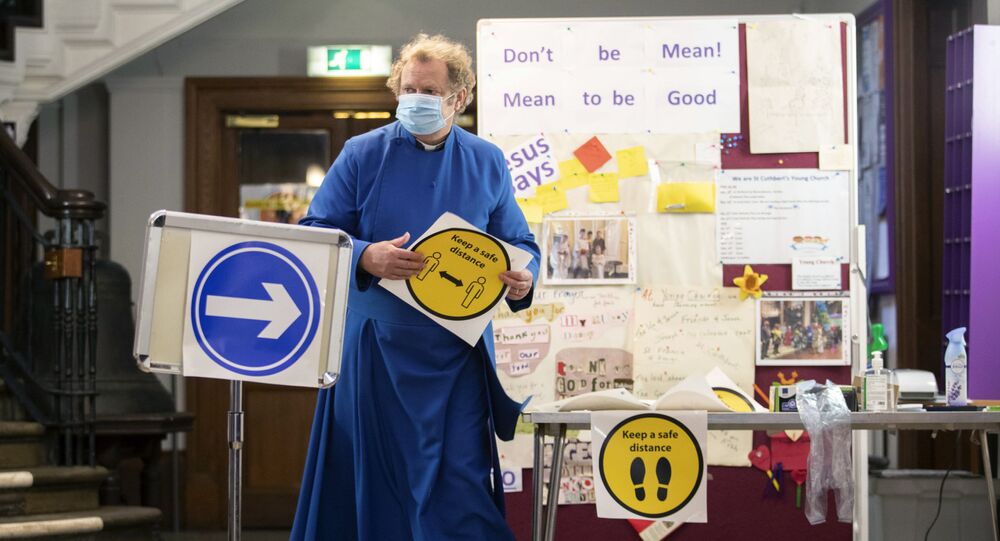 The Scottish National Party has yet again attacked Boris Johnson’s handling of the present COVID crisis engulfing the UK and believes that now more than ever, Scotland needs to be able determine its constitutional future and have the opportunity to choose how the country should rebuild itself from the ruins of the coronavirus.

John Swinney, Deputy First Minister of the SNP has declared that an “independence referendum is an essential priority for the people of Scotland and it is a critical response to COVID.” His comments have been met with fury in some quarters and critics of the SNP believe that a divisive referendum is the last thing that the UK needs while continuing to deal with a global pandemic.

The UK government and the SNP have been each other’s fiercest rivals throughout the pandemic and Sputnik spoke with the leader of UKIP Scotland, Donald MacKay, to find out what he thinks about how Boris Johnson and Nicola Sturgeon have handled the ongoing crisis and whether there is indeed an appetite for a second independence referendum? 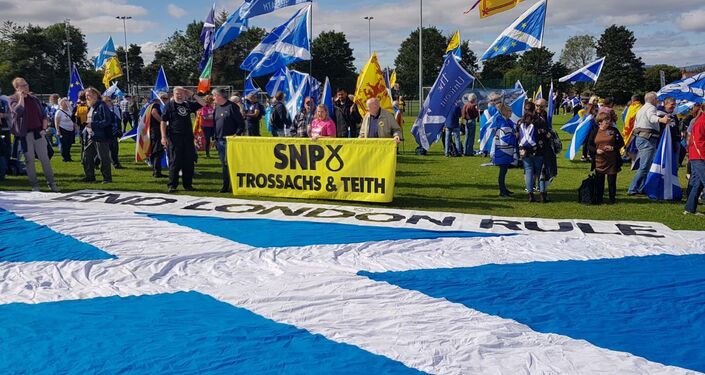 Sputnik: John Swinney said that independence was an priority for the people of Scotland and it is a critical response to Covid. What are your thoughts on these comments?

MacKay: Well, the vacuous comments from a vacuous politician, there may be an argument for independence, that’s fair enough. But it’s completely got nothing to do with COVID. The present situation that we’re faced with is, in my judgment, standing at the edge of an economic abyss and our policies at UKIP is that the Scottish Government is a misnomer – it’s a Scottish local authority. But the people who run that particular branch of government are people who have no understanding or experience of the world of business whatever. And they are introducing measures in Scotland which will potentially destroy the livelihood of a great many people who are in the small-business community.

Sputnik: Throughout the pandemic, it would seem that the SNP and the UK Government have occasionally been each other’s fiercest critic. What are your thoughts on the way Boris Johnson and Nicolas Sturgeon have handled the COVID crisis?

Mackay: Well, I make allowances for Nicola Sturgeon, because she’s basically a socialist who thinks that government of whatever sort should be telling people what to do. I think Boris Johnson’s response to it is quite dreadful for a man of liberal tendencies. We have a problem: there’s no question about that. We have a health issue: there’s no question about that. But the solution to it is not to crush the economy, and for a Conservative Prime Minister to behave in that way, is deplorable – there’s no excuse for it. He’s the worst Prime Minister of my lifetime, and I was born in 1960. He has no rivals, in that respect. He has no excuses. And there’s no way that we should be tolerating this nonsense, but we end up with police officers arresting two girls going for a walk in the Peak District. When we’ve reached that stage, we’ve reached a state of affairs, which to say the least is sinister.

Liberate Gandhi from ‘Mahatma’ Jacket to Save Him from Political Exploitation, Great Grandson Says

‘Massive Carpet Bombing’: Trump Kept Himself in the Game by Tweeting Against Media, Allies – Analyst

‘Many of the Apps That Have Existed in the Past Haven’t Used AI,’ Expert Says