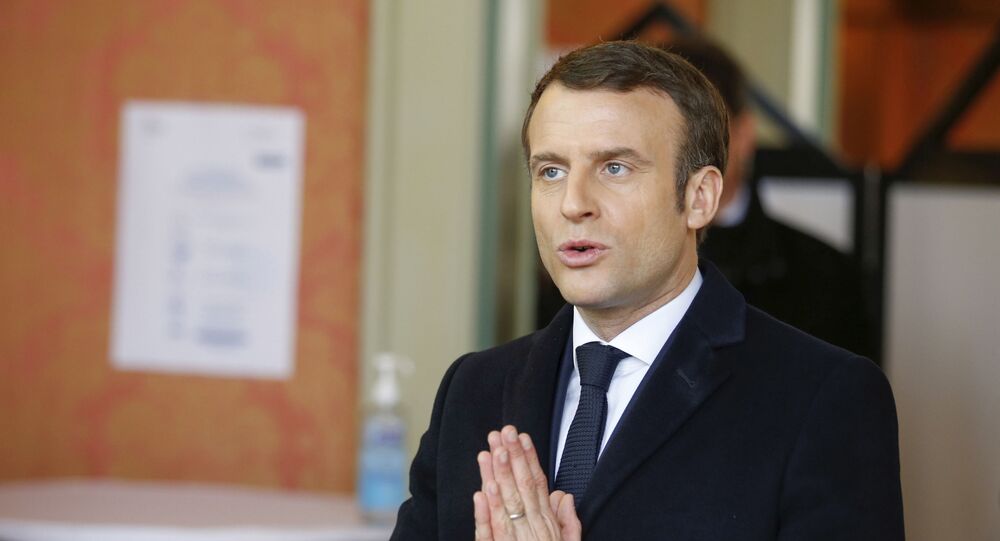 The news comes at a time when the French leader and his government faced criticism for the slow pace of vaccination against coronavirus. According to local media, only a few hundred people have been inoculated against COVID-19 in a country which has the seventh-biggest death toll from the infectious disease.

French President Macron drew the ire of his countrymen after it became known that his administration spent $729,000 on flowers for the the Élysée Palace in 2020. According to Politis, which broke the story, Macron spent 4.5 times more money than his predecessors. Francois Hollande spent $162,000 in 2015 and Nicolas Sarkozy spent $174,000 in 2011.

The news caused a stir on social media with Frenchmen criticising the president for excessive spending at a time when the country is under attack from the coronavirus pandemic and suffering huge economic recession. Recently the government allocated $121 billion to boost economy.

Tweet: Many French are tightening their belts but President Macron spends our taxes to the tune of €600,000 just for flowers…

​Tweet: And during this time entire sectors are suffering…but we saved the florists of the Elysee!

​People were particularly angry with the fact that last year the Élysée Palace was closed because of the coronavirus pandemic and all meetings with foreign guests were held via videoconference. Many were frustrated that nearly a million dollars were spent on something perishable which no one but the few people allowed access to the Palace saw.

This is not the first time Macron’s cabinet has come under fire for excessive spending: in 2018 the government was criticised after satirical weekly newspaper Le Canard Enchainé claimed that the Élysée Palace spent $607,000 on crockery. The government insisted that the sum was significantly exaggerated and the total cost for the 1,200-piece used for state banquets set was $60,000.

The news about alleged excessive spending also comes at a difficult time for France, which may face a third lockdown because of the rise in coronavirus infections.

What is Known so Far About Stabbing Attack in Sweden

Situation in Western Germany in the Wake of Deadly Floods