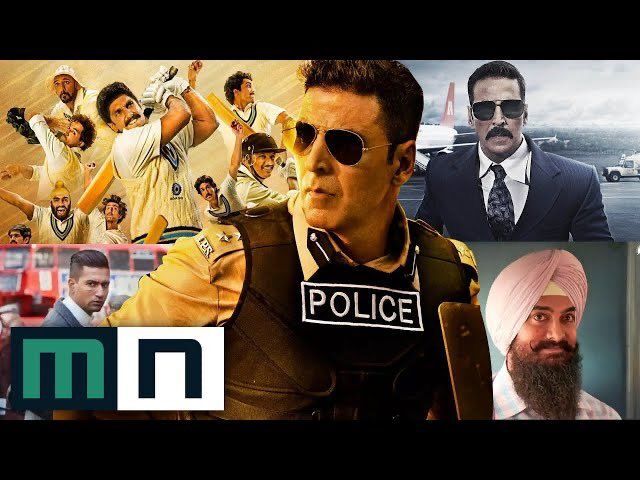 The year 2020 might not have been a good one for showbiz and cinema halls, but 2021 holds an exciting bouquet of movies in store, from biopics, action-thrillers, and comedies to superhero fantasies. Trade analysts are hopeful that with big-ticket movies starring Bollywood’s superstars, the film industry will surely bounce back.

With a mixed bag of some big Bollywood films from 2020 and a new lineup for 2021, the Hindi film industry is all set to bounce back to entertain audiences and make some big moolah.

Film critic and trade analyst Taran Adarsh tells Sputnik that despite setbacks due to the pandemic, “the charm of the big screen will never fade”.

“The cinemas are awaiting the release of big-budget films that will pull the crowd and increase the footfall in theatres. The moment big films will begin to release, there will be no stopping the cinema business. The showbiz industry will bounce back in a very big way”, Taran says.

Another film critic and trade analyst Joginder Tuteja predicts that by June 2021, the industry will pick up and things will get back on track.

“By June, the vaccination drive across India would’ve been done, the school exams will be over and the IPL cricket tournament will also be through. So, people would like to come to watch movies on the big screen. Summer will turn out to be very hot at the box office”, Tuteja tells Sputnik.

He adds that 2019 was big for the Bollywood box office.

Trade analysts have listed the top 10 big-ticket movies of 2021 that will bring audiences back to the theatres.

Filmmaker Rohit Shetty’s cop action-thriller with hi-end stunts performed by big superstars is touted as being one of the films slated for release in theatres in March 2021.

Superstar Salman Khan’s “Radhe” is a Hindi remake of the South Korean film “Veteran” directed by Prabhu Deva. Salman’s films are big crowd pullers and thus, film distributors have requested he release it only in theatres during the Eid festival in May.

The movie will bring together Bollywood’s three big Khans, with a cameo role by Salman Khan and Shah Rukh Khan alongside Aamir Khan. This comedy-drama is the Hindi adaptation of the 1994 American film “Forrest Gump”. Directed by Advait Chandan, the film was shot in over 100 Indian locations and also in Turkey and is scheduled to release during Christmas 2021.

Superstar Shah Rukh Khan will make a big comeback after a three-year break with this action-thriller where he will be seen as an undercover cop fighting a drug lord. There are rumours that Salman Khan will also make a cameo appearance as well.

Slated for release on 15 October during the Hindu festival of Dussehra, “Maidaan” is a sports biopic about the golden era of Indian football (1952–62). The movie will revolve around the life of India’s first football coach, the late Syed Abdul Rahim played by Ajay Devgn.

The much-awaited film “83” is based on India’s first victory in the 1983 Cricket World Cup that stars Ranveer Singh as Kapil Dev and Deepika Padukone as his wife Romi Bhatia.

One of the costliest superhero fantasy movies “Brahmastra” has a budget of INR 3 billion ($40 million) and is being directed by Ayan Mukerji.

Set in the 1980s, this spy thriller is said to be based on true events. It was the first Bollywood film to start shooting amid the COVID-19 pandemic in Scotland, UK, and it’s slated for release on 2 April.

Filmmaker Sanjay Leela Bhansali’s “Gangubai Kathiawadi” is the real-life story of a Mumbai-based brothel owner who had links with the underworld during the 1960s. The movie is based on the crime novel “Mafia Queens of Mumbai” written by Hussain Zaidi & Jane Borges.

Directed by Milap Zaveri, this patriotic action movie is the sequel to the 2018 hit movie “Satyameva Jayate”. Actor John Abraham will be seen fighting corruption and injustice done by police, politicians, and industrialists.

It’s Not Raining, Flying Ants Take Over the Sky in South London – Video