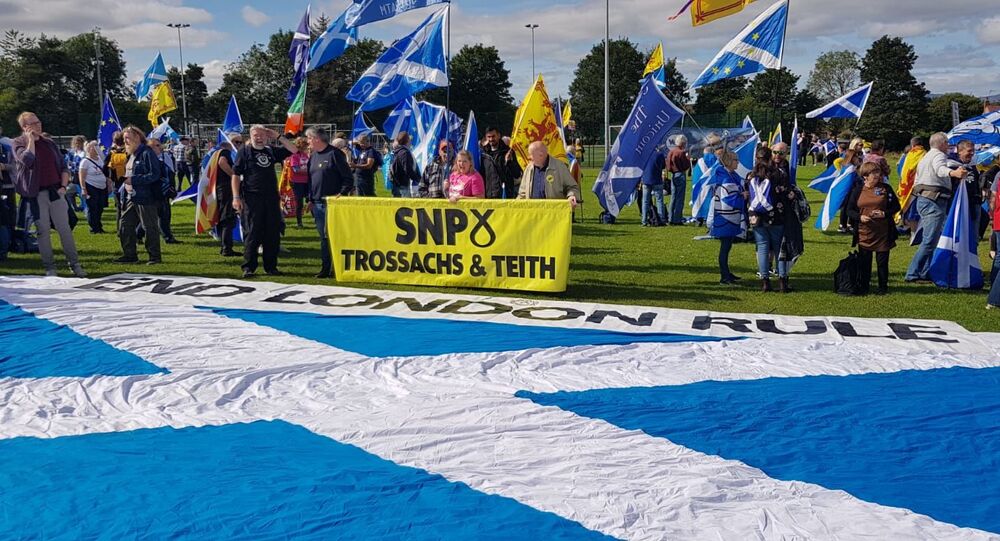 Last month, Scottish MP Mike Russell warned that Scotland’s GDP could plummet by as much as six percent in the next 10 years, following the UK’s exit from the EU.

Ian Blackford, leader of the Scottish National Party (SNP) in the British Parliament, has urged Prime Minister Boris Johnson to pay billions of pounds in compensation to Scotland for Brexit’s economic impact on the country.

On Sunday, Blackford slammed the UK’s withdrawal from the EU as a “disastrous” step and a “completely unnecessary act of economic vandalism, which has been inflicted against Scotland’s will”.

“The Tories must apologise to Scottish businesses and pay compensation to Scotland for the long-term damage they are doing to our economy – costing us billions in lost trade and growth”.

The SNP leader rejected the Brexit deal as something that “has already left the UK poorer and worse off – with absolutely no benefit to Scotland at all”.

“The UK Government must now provide an urgent multibillion [pound] package of compensation to Scotland to mitigate the lasting Brexit harm done to Scottish businesses, industries and communities”, he stressed.

Blackford added that Scots “have the right to determine their own future […]” and that “the only way to protect Scotland’s interests and our place in Europe is to become an independent country”.

The SNP leader’s remarks were criticised by Dean Lockhart, the Scotland’s Conservative shadow cabinet secretary for the Constitution, Europe, and external affairs, who said that the SNP was “sitting on more than £700 million ($949 million) of additional COVID business support funding” that the party has received from Chancellor Rishi Sunak.

Lockhart claimed that “not a single penny” of this sum has yet been sent to “firms struggling massively from lockdown restrictions”.

He blamed the SNP for failing “in their duty to support firms in Scotland in getting ready for the new trading arrangements”, over four years after the UK’s vote to leave the EU.

“They are not being transparent about where they have spent the significant funding they have received in preparation money from the UK Government”, the shadow cabinet secretary argued, also rejecting the SNP’s permanent second referendum demands on Scottish independence as “reckless”.

While Scotland’s First Minister Nicola Sturgeon earlier made it clear that a second referendum on Scottish independence may take place after the Scottish elections in May, Prime Minister Johnson rejected any such calls, saying that the previous vote had already resolved the issue. 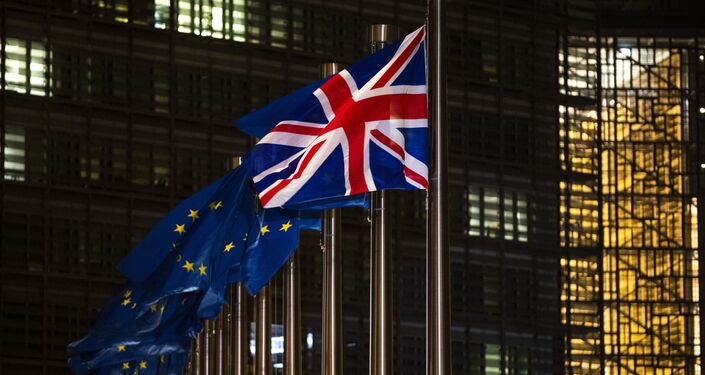 In 2014, when asked if Scotland “should be an independent country”, about 55.3% voted against independence and around 44.7% cast their votes in favour of the change.

Blackford’s Sunday remarks come after European Commission President Ursula von der Leyen and Johnson announced on 24 December that they had reached a post-Brexit trade deal on future relations between the EU and the UK.

The agreement was clinched after months of tough negotiations that were stalled due to the sides’ differences over access to fisheries and a level playing field for social, labour, and environmental issues.

Touting the accord as a “fantastic free trade agreement”, UK Cabinet Office Minister Michael Gove, for his part, admitted that “there’ll be some disruption” for UK travellers and businesses over the post-Brexit deal.