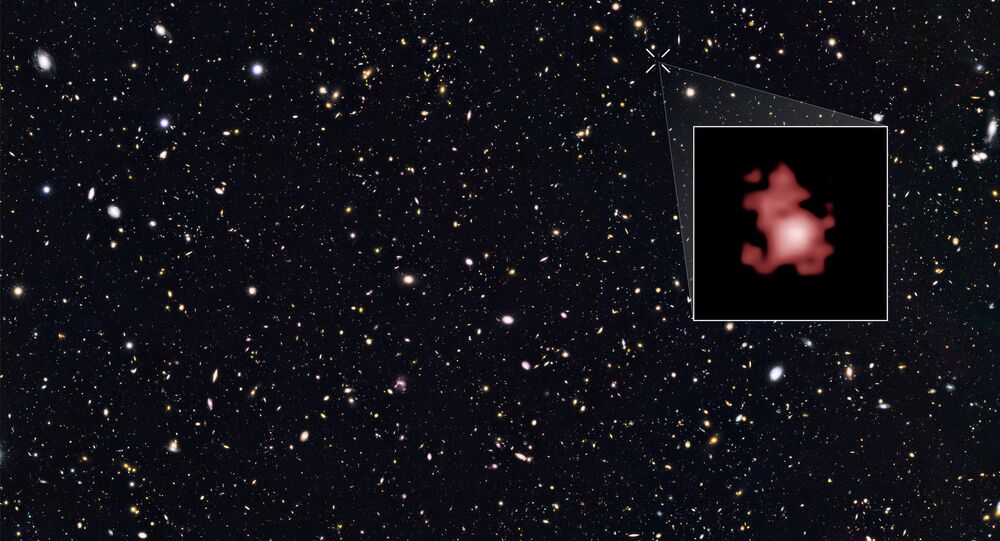 Researchers believe that the galaxy GN-z11 formed just 420 million years after the Big Bang, at a time when light first began to fill the cosmos. Scientists say further research of the galaxy could shed light on the early days of the universe.

Scientists at the University of Tokyo have determined the age and location of the most distant known galaxy in the universe. Professor Nobunari Kashikawa of the Department of Astronomy at the University of Tokyo said this was not an easy task. Astronomers had to examine the galaxy’s redshift – the way light stretches out and becomes redder. The farther away an object is from our planet, the faster it is seen receding and the more redshifted its light is.

“We looked at ultraviolet light specifically, as that is the area of the electromagnetic spectrum we expected to find the redshifted chemical signatures. The Hubble Space Telescope detected the signature multiple times in the spectrum of GN-z11. However, even the Hubble cannot resolve ultraviolet emission lines to the degree we needed. So we turned to a more up-to-date ground-based spectrograph, an instrument to measure emission lines, called MOSFIRE, which is mounted to the Keck I telescope in Hawaii”, said professor Kashikawa.

According to the results of the study, published in the journal Nature Astronomy, GN-z11 is 13.4 billion light years away from the Earth, or 134 nonillion kilometres (that’s 134 followed by 30 zeros). The scientists say further studies could reveal progenitors of the galaxy that emitted some of the oldest light in the universe.

Bonjour, Humans! Asteroid Bigger Than Eiffel Tower Will Whizz Past the Earth Next Week