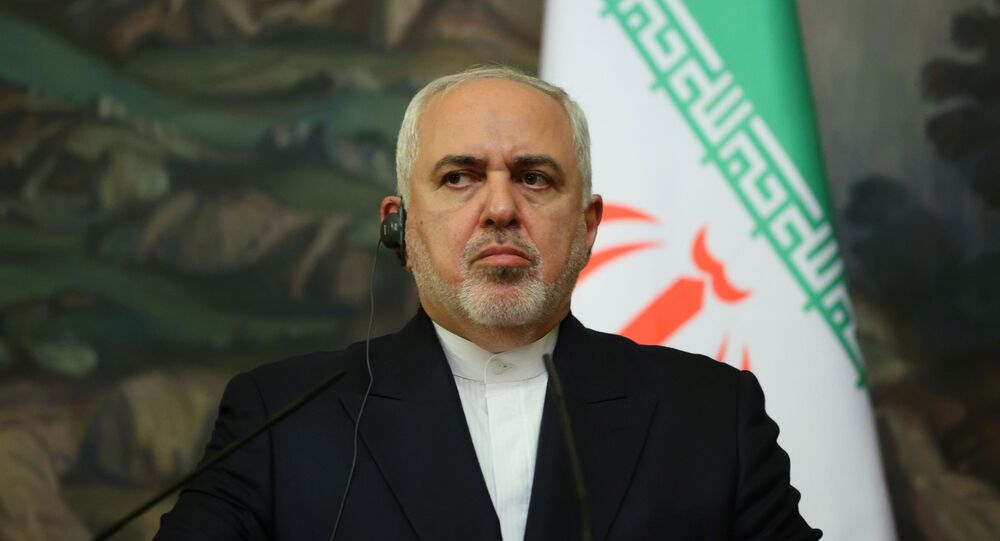 US President Donald Trump’s administration this week imposed new sanctions on Iran’s metal industry, targeting Iranian companies as well as subsidiaries in China, Germany and the UK. The administration accused the Iranian metals sector of financing a “range of nefarious activities” including the “proliferation of weapons of mass destruction.”

In a Friday tweet, Iranian Minister of Foreign Affairs Mohammad Javad Zarif note that Trump’s staunch supporters, who routinely encourage economic sanctions on Iran, are only now denouncing Trump’s attack on the rule of law.

“Those who succumbed to Trump’s lawless bullying for 4 [years] — to protect their skin at OUR people’s expense — now condemn his assault on the rule of law,” Zarif tweeted.

“If you can’t grow a spine, gain foresight — for your own sake,” he added.

Zarif’s tweet comes after Trump supporters on Wednesday breached the Capitol building in Washington, DC, to protest against the certification of the Electoral College, which would have decisively confirmed Joe Biden as the winner of the 2020 presidential election.

Wednesday’s riots left at least four protesters and one police officer dead and many others injured. As of Thursday, more than 50 criminal cases had been opened against pro-Trump loyalists who engaged in violence while storming the US Capitol Wednesday.

House Democrats are currently in the process of drafting new articles of impeachment against Trump, with House Speaker Nancy Pelosi (D-CA) calling Trump’s actions leading up to the deadly riot “dangerous and seditious.”

“Today, following the president’s dangerous and seditious acts, Republicans in Congress need to follow that example and call on Trump to depart his office — immediately,” Pelosi wrote in a letter to House members Friday, the New York Times reported.

“If the president does not leave office imminently and willingly, the Congress will proceed with our action,” she added.

A growing number of lawmakers have also called for Trump to be removed from office through the 25th Amendment to the US Constitution, which permits the removal of a president who is “unable to discharge the powers and duties of his office.”

Tensions between the US and Iran have been especially high ever since Trump in 2018 withdrew the US from the 2015 Joint Comprehensive Plan of Action (JCPOA), also known as the Iran nuclear deal, and reinstated harsh sanctions against Iran. The JCPOA stipulated that Iran would receive waivers from sanctions if it agreed to limit its nuclear program.

Relations between Tehran and Washington have continued to deteriorate, with Iran’s elite Islamic Revolutionary Guard Corps (IRGC) on Friday revealing that an underground missile base has been built at an undisclosed Persian Gulf location, Reuters reported.

“Iran’s petrochemical and petroleum sectors are primary sources of funding for the Iranian regime, which it uses to support its malign domestic and foreign agenda,” US Treasury Secretary Steven T. Mnuchin said at the time. “The United States will act against persons who support illicit actors engaged in the movement of Iranian petroleum and petrochemical sales.”