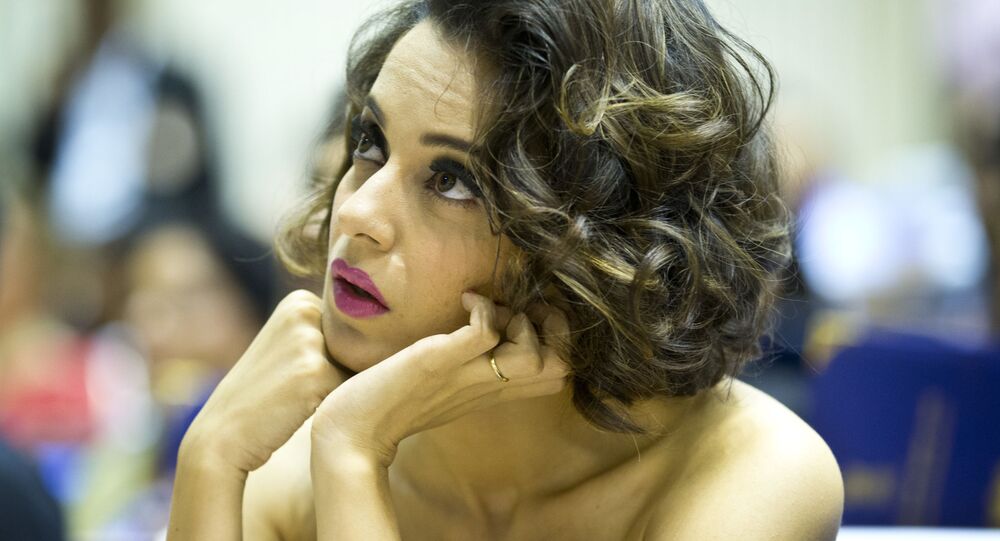 Bollywood star Kangana Ranaut is making the headlines for expressing her nationalist views online. In November, her house was demolished by the local authorities in Mumbai after its construction was adjudged to be illegal.

On Friday, award-winning Bollywood actress Kangana Ranaut said the Maharashtra government has mentally and physically tortured her for daring to speak her mind. The actress claims that she cannot disclose the exact nature of the torture as she fears her life may be at risk if she does.

“I have even been ordered to give attendance at the police station although I don’t know for what reason. I have also been asked not to disclose to anyone or talk about the kind of torture I am facing. I want to ask the honourable Supreme Court, have we returned to the medieval age where women were burnt alive and their voices were silenced?” Kangana said in a video she posted on Twitter.

“Since when I started speaking in favour of the country, I’ve been harassed and attacked continuously. My house was demolished illegally and now I’m made to visit the police station on a daily basis,” she continued.

Calling herself nationalist, she added, ““People who are having fun and enjoying this situation, I would like to tell them only one thing that the tears of blood that we have shed in our 1,000 years of subordination, that will be repeated once again if nationalist voices are silenced now. Why am I being mentally, emotionally and now physically tortured? I need answers from this nation.”

​Social media is abuzz following her tweet. Some are supporting her, while others are critical.

We as a Nation should always stand with people who chooses Nation before any other things. You’ve always stood up for what is Right for the Nation, fearlessly and unapologetically. Let’s not be ashamed of our Country, Religion and Ethnicity.. MORE POWER TO YOU! pic.twitter.com/G87orWGh9O

Those who spreading lies on name of farmers protests, those who provoking ppl to come out on street to do riots, those who involved in anti nationals activities are being rewarded saved by people and those who speaking for nation are being harrased
Hope @PMOIndia look into this.

Shame on every star who is silent !!! Shame on every Indian who enjoyed kangana ‘s harassment. If you are silent , you are equally responsible !!! Raise voice and tell them , they can’t harass kangana like this !! Jai Hind