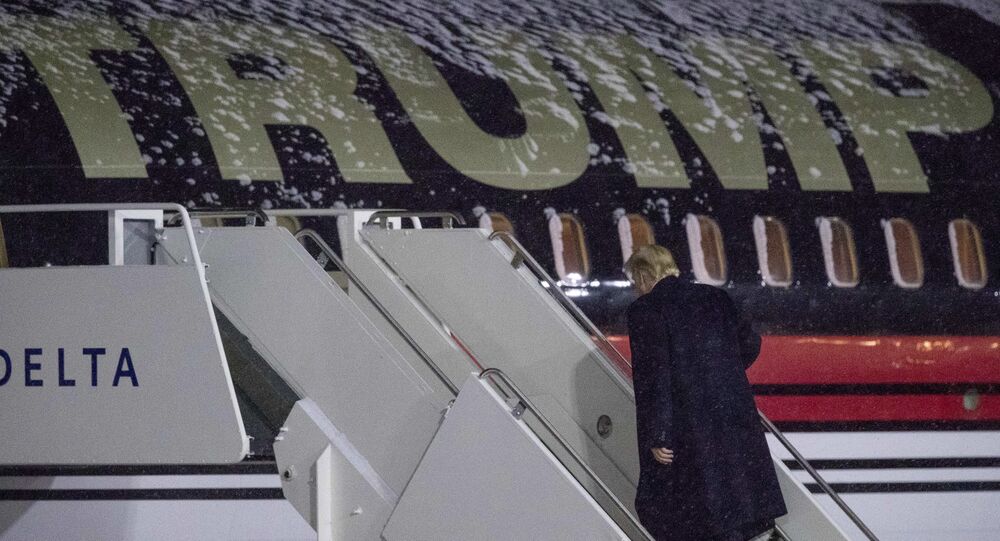 The president has spent the last two months claiming that Joe Biden’s November election victory was based on “fraud” in key battleground states, citing mail-in vote dumps, ‘glitches’ in voting machines and other irregularities. His claims have failed to stand up in court. On Wednesday, angry Trump supporters stormed the US Capitol in protest.

President Donald Trump has confirmed via Twitter that he will not be attending Joe Biden’s inauguration on 20 January.

Also Friday, a source told Reuters that the president was considering leaving Washington, DC a day before the inauguration to his Florida resort.

On Thursday, Trump released a short address to the nation in which he formally acknowledged that a “new administration would be inaugurated” on 20 January, and promising to commit to “a smooth, orderly and seamless transition of power.”

In the video, Trump condemned Wednesday’s storming of the Capitol complex in Washington, DC by his supporters, saying that “like all Americans,” he was “outraged by the violence, lawlessness and mayhem” that took place.

He nevertheless maintained that his attempts to challenge the election results in the weeks after the 3 November vote were meant “only” to “ensure the integrity of the vote,” and “in so doing…fighting to defend American democracy.”

Wednesday’s violence at the Capitol left four protesters and one police officer dead, with dozens of people injured and dozens of arrests made. Some of Trump’s opponents in Congress have characterized the events as an attempted “coup,” blaming him for the chaos and demanding his immediate removal from office, either by Vice President Mike Pence through the 25th Amendment to the Constitution or via impeachment proceedings in the House and Senate. No president in US history has ever been successfully prosecuted and removed through impeachment.

In a separate tweet Friday, Trump stressed that those “75,000,000 great American Patriots” who voted for him would continue to have a “GIANT VOICE long into the future.”

The 75,000,000 great American Patriots who voted for me, AMERICA FIRST, and MAKE AMERICA GREAT AGAIN, will have a GIANT VOICE long into the future. They will not be disrespected or treated unfairly in any way, shape or form!!!

Trump will be the first outgoing president in at least 150 years not to attend the inauguration ceremony of his successor.