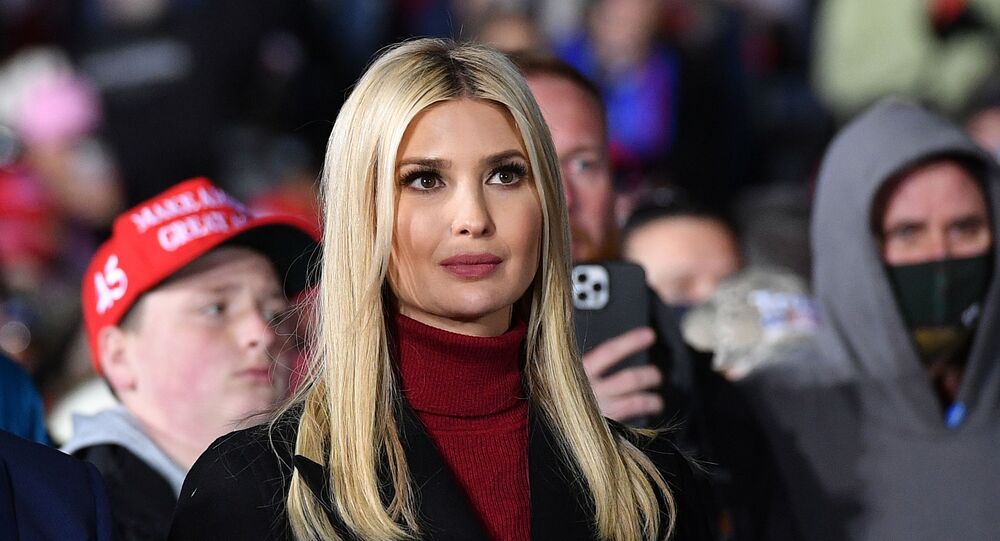 Ivanka Trump travelled to Georgia with her dad on Monday to support Republican candidates Kelly Loeffler and David Perdue in two pivotal runoffs. Her Twitter post from the plane bound to the Peach State stirred public attention due to a blunder she made, and even generated a few conspiracy theories.

Ivanka Trump has posted a selfie with her dad on Twitter. The pic was shot as they were taking a plane trip to Georgia to attend Monday’s Senate runoff rally, but caused confusion among social media users after she tagged US rock singer Meat Loaf in the photo – but not the president.

“Off to Georgia with Dad! Get out and VOTE Georgia!!!”, Ivanka wrote, attaching a picture of her, radiantly smiling on board the plane while her dad was looking down at his smartphone in the background.