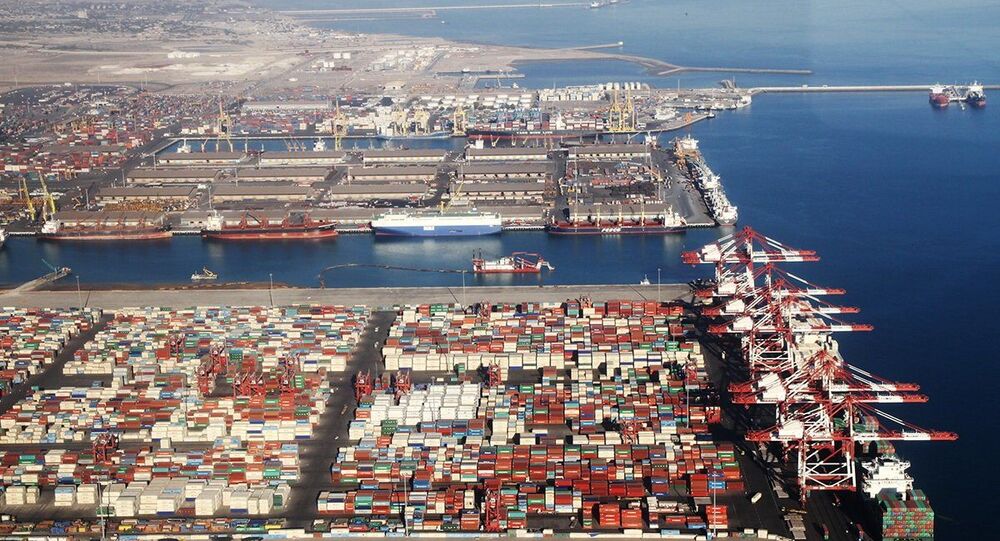 A South Korean-flagged tanker bound for the United Arab Emirates was earlier spotted off-course and crossing into the Iranian territorial waters, according to satellite data by marinetraffic.com.

The Islamic Revolutionary Guard Corps has seized a UAE-bound South Korea-flagged vessel in the Persian Gulf as the ship was polluting the waters with chemicals, Fars News agency reported citing sources.

According to Tasnim news agency, the crew of the vessel are from South Korea, Indonesia, Vietnam and Myanmar.

The South Korean Foreign Ministry later confirmed the development and dispatched its anti-piracy unit to the region.

“The defence ministry immediately dispatched the Cheonghae unit to waters near the Strait of Hormuz shortly after receiving a report on the situation of Iran’s seizure of our commercial vessel”, the ministry said in a statement.

Earlier, the MT Hankuk Chemi was spotted off Bandar Abbas on Monday afternoon, but there was no immediate explanation why it changed its direction, which prompted fears it could have been seized.

The United Kingdom Marine Trade Operations, an information service about global shipping, said that the merchant vessel changed course after an “interaction” between the ship and Iranian authorities, but did not provide any other details.

The US Navy’s 5th Fleet, in turn, stated that the authorities were aware of the situation and are closely monitoring it.

Who is David Barnea, New Spy Chief of Israel’s Mossad?