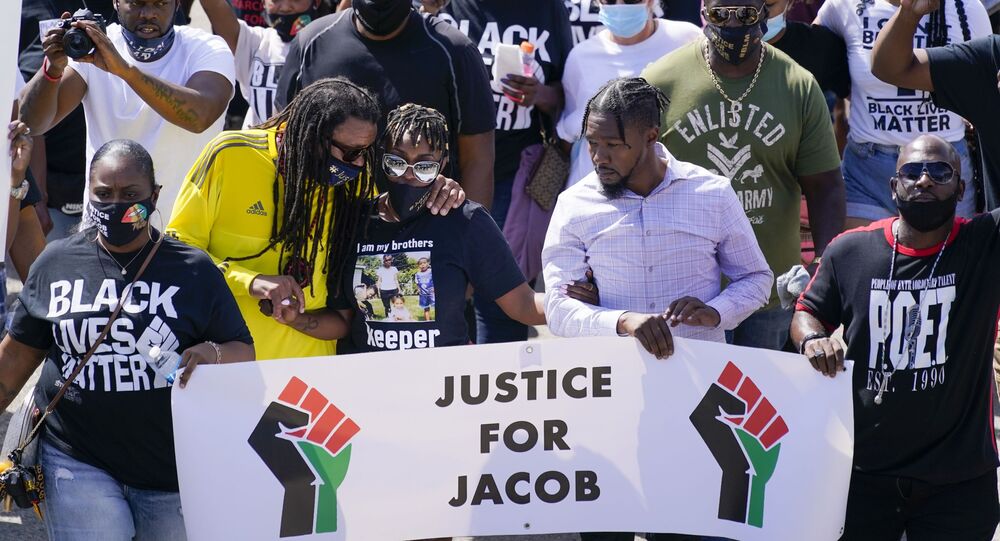 In the summer of 2020, a video of the shooting of Jacob Blake made the city of Kenosha a hotspot of protests against police brutality. After being shot by a police officer seven times, Blake was sent to hospital, and remains paralyzed.

The city of Kenosha, Wisconsin, is bracing for possible unrest as the local District Attorney, Michael Graveley, is expected to decide whether the white police officer that shot Jacob Blake, Rusten Sheskey, will be charged, the Milwaukee Journal Sentinel reported on Saturday.

On Monday, according to the New York Post, the Kenosha City Council is due to vote on an emergency declaration to prepare for “potential civil unrest” in the event that Graveley does not charge Sheskey.

The decision is reportedly to be announced within the next two weeks.

Kenosha became a hotspot for protests after a video emerged online of Sheskey shooting a black man, Jacob Blake, seven times in the back. Sheskey was reportedly responding to a call on a domestic disturbance, purportedly due to Blake trying to steal the caller’s vehicle, according to Fox News.

According to the police, they reckoned Blake was reaching out for a weapon in his car.

After the shooting, Blake was hospitalized and paralyzed. In October, he was discharged from the hospital for rehabilitation.

The shooting of Jacob Blake became another trigger for nationwide protests against racism and police brutality in the United States after the late May killing of black man George Floyd in police custody.