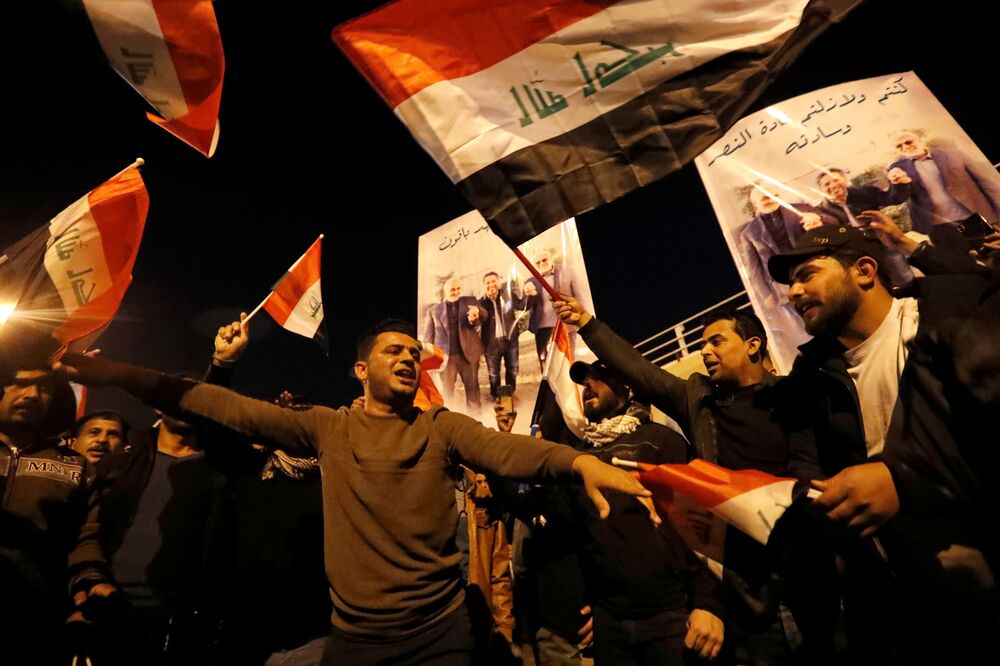 On 3 January, a Trump-ordered airstrike killed Qasem Soleimani, one of the most prominent military figures in Iran, and several other members of the Iranian Revolutionary Guard Corps on the outskirts of Baghdad. The attack exacerbated the strained relations between Iran and the US, with both countries nearly entering an open conflict.

Sunday marks the one year anniversary of the US assassination of Qasem Soleimani, a senior Iranian military commander who assisted the Iraqi and Syrian governments in their war against Daesh* and other terrorist groups. A commemoration ceremony was held in Soleimani’s home city of Kerman, with supporters of the general also gathering to commemorate him in Iraq, Syria, Lebanon, and Yemen.

Soleimani was a beloved figure in his native Iran, with his popularity reportedly extending far beyond supporters of the country’s Islamic Republican system of government, owing to his exploits fighting jihadist extremists in Syria and Iraq alongside the secular Syrian government, Shia and Sunni militias, Kurds, and even, indirectly, the US and its coalition allies. Following his 3 January 2020 assassination, US media described him as the equivalent of the commander of US military operations in the Middle East, a chairman of the Joint Chiefs of Staff, or even the US secretary of defence.

Abu Mahdi al-Muhandis, a top Baghdad-allied Shia militia commander and several other Iraqi and Iranian nationals were killed alongside Soleimani in the attack.

The strike on Soleimani was initiated by US President Donald Trump, who justified the killing by saying that Iran was plotting an attack on four US embassies, including in Baghdad. Iran responded to the assassination with limited missile strikes on two bases in Iraq housing US soldiers. Initially, the White House and Pentagon said that no one was hurt, but the latter eventually admitted that there had been injuries and proceeded to increase the count several times.

From Tango to Kabuki: Dance Traditions Around the World