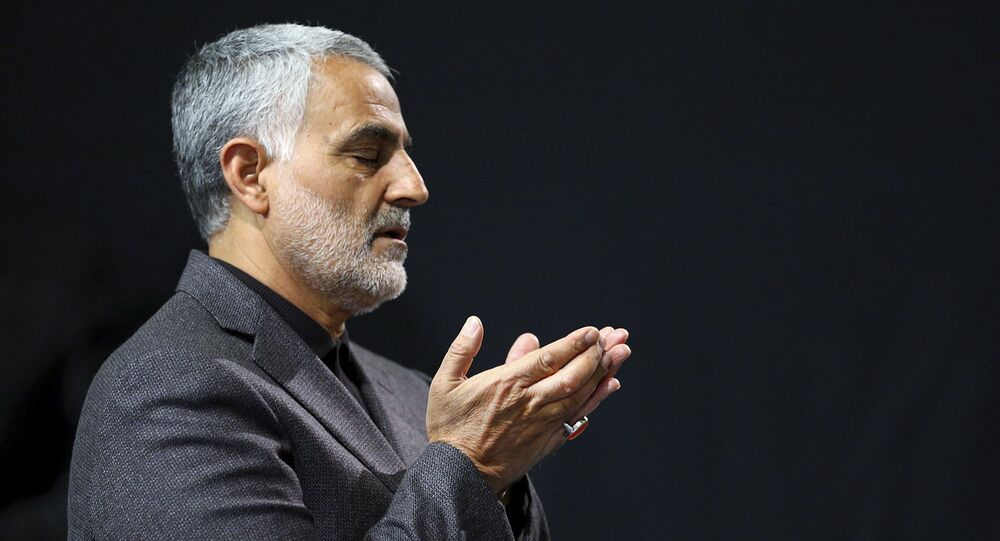 The statement comes just a day ahead of the anniversary of Soleimani’s death. The general was killed in a targeted US drone strike on his car while departing from Baghdad International Airport. The Quds Force leader was visiting the country on a diplomatic mission, but the Iraqi authorities were not notified by the US about plans to kill him.

The Iranian Foreign Ministry condemned the US’ assassination of Quds Force General Qasem Soleimani one year ago as an “act of terror” and promised that Tehran will “not rest” until it brings the people responsible for it to justice.

The ministry further stressed that the drone strike, which killed the general, is itself a blatant violation of international law, as well as the sovereignty of Iraq, where the attack was conducted.

The Foreign Ministry made its statement just two days before the first anniversary of Soleimani’s death. He was killed on 3 January 2020 while leaving Baghdad International Airport, where he’d arrived on a secret diplomatic mission to convey a message to Saudi Arabia via the Iraqi authorities. Soleimani’s car was hit with a targeted US drone strike, which had been ordered by President Donald Trump himself. POTUS and other US officials claimed they had evidence of Soleimani planning attacks against American embassies in the region, but failed to show it to the public.