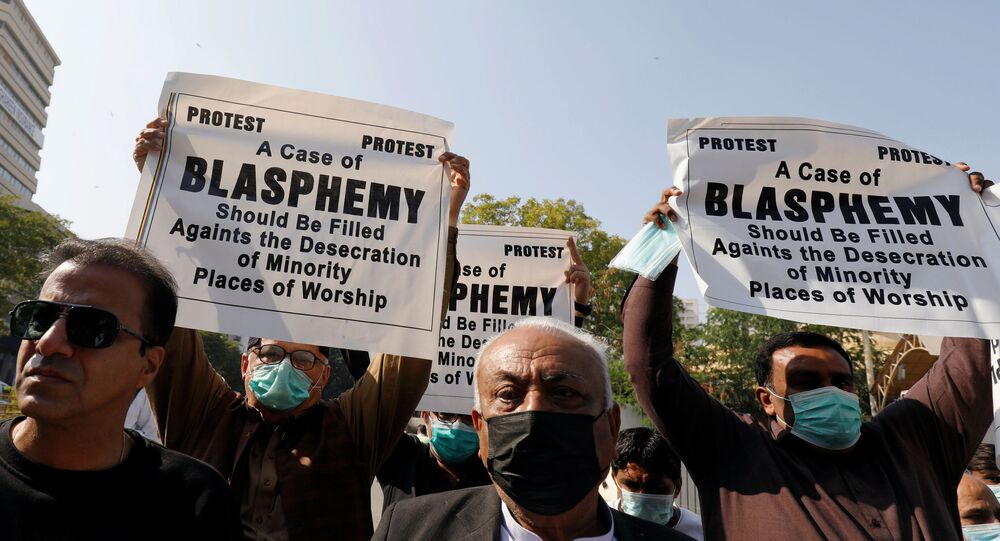 On Wednesday, a mob demolished an ancient Hindu temple in Pakistan’s Karak city after claiming it encroached on land it didn’t own.

India has filed an official complaint against Pakistan over the vandalism of a Hindu temple in the Pakistani city of Karak.

“The matter was taken up officially with the Pakistani side and a strong protest was lodged,” government sources said in New Delhi.

So far, police have arrested over 30 people, while the authorities have filed complaints against more than 350 in relation to the incident.

Pakistan’s Hindu community have been protesting in the aftermath of the temple’s demolition. The mob said the temple encroached on private land, a claim denied by the Hindus.

The Khyber Pakhtunkhwa government announced that it will rebuild the Hindu temple. It will be the second time it has been reconstructed, after it was targeted by muslims before in 1997, also due to a land dispute.

The conflict has only stoked bubbling tensions amid Pakistan accusing India’s Bharatiya Janata Party-led government of waging war against muslims in the country.

India’s Presence in Afghanistan ‘Larger Than it Ought to Be’, Used Against Us, Says Pakistan’s FM