The Trump administration has alleged without evidence that the December 6 National Assembly elections in Venezuela were fraudulent, even though it declined to send election observers.

On Friday, the US Department of State announced new sanctions against Ex-Cle Soluciones Biometricas CA, an Argentine-owned company that provided the biometric identity verification machines used in Venezuela’s December 6 elections for the National Assembly. The sanctions, which also target two company representatives, authorize the seizure of their assets in the United States.

US Secretary of State Mike Pompeo claimed Venezuelan President Nicolas Maduro used Ex-Cle CA and China National Electronics Import & Export Corporation (CEIEC) “to rig the electoral processes,” which Pompeo said “should leave no doubt that the December 6 legislative elections were fraudulent and do not reflect the will of the Venezuelan people.”

Venezuelan President Nicolas Maduro told AFP that Pompeo had imposed “stupid sanctions like the idiot that he is, as he is on his way out, against the company and the businessmen who manufactured the machines so that the people of Venezuela could vote.”

The Venezuelan government signed its contract with Ex-Cle CA to provide biometric authentication of voters’ identities in 2017, after previous provider Smartmatic canceled its contract. 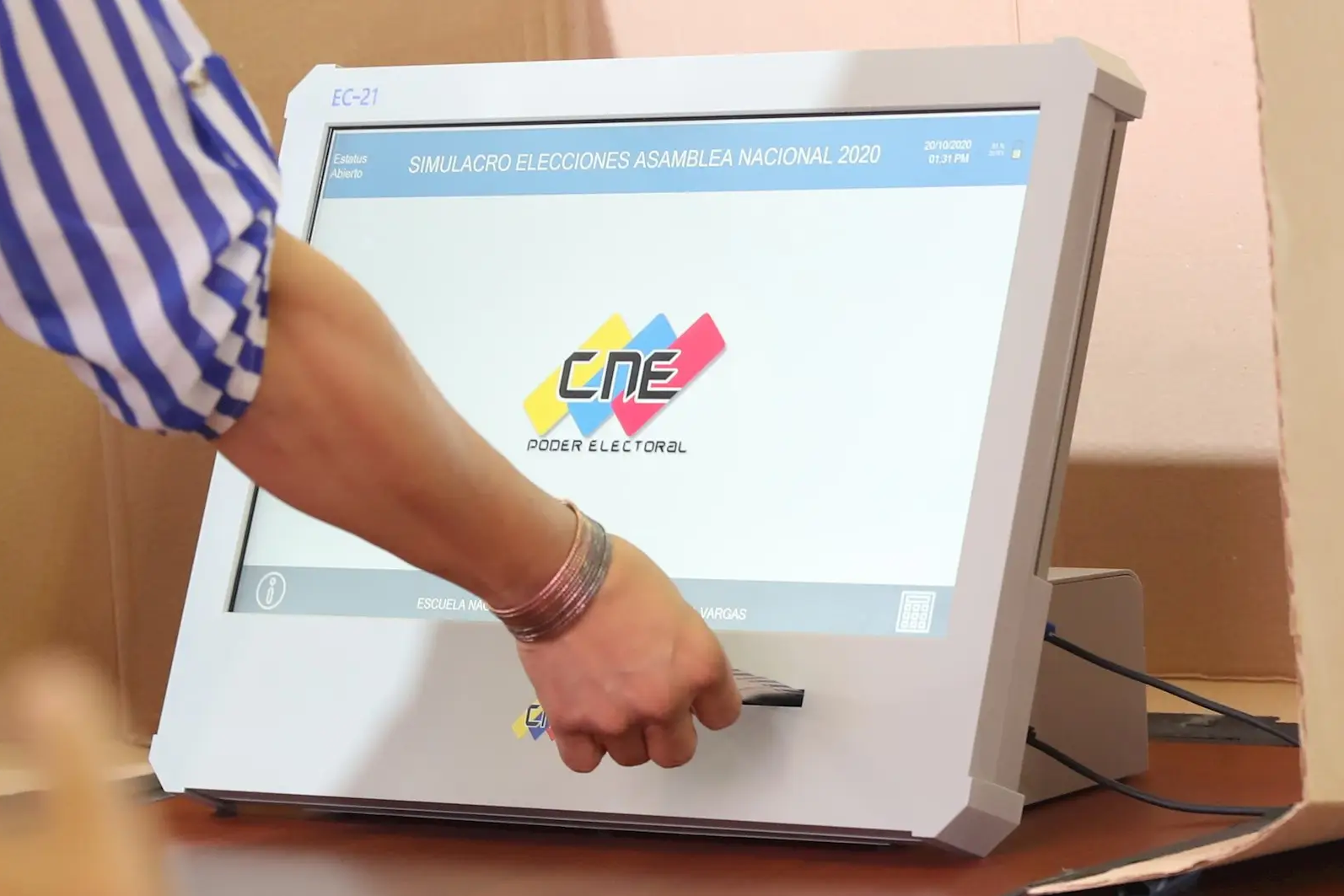 National Electoral Council of Venezuela
The new EC21 electronic voting machines that will be used in Venezuela’s National Assembly elections on December 6, 2020

In the December 6 elections, Venezuelans voted for 277 deputies to represent them, with more than 100 political parties running candidates. While one faction of the opposition boycotted the election, which the US and other countries used to declare the election illegitimate, other, larger opposition parties participated. Maduro’s United Socialist Party of Venezuela (PSUV) won overwhelmingly, scoring 67% of the vote and 189 seats in the National Assembly, ending the opposition’s five-year control over the legislature.

Thanks to an arson attack earlier this year that destroyed nearly all of its older voting machines, Venezuela’s National Electoral Council secured new state-of-the-art electronic machines and used a simplified identity verification system to ensure Venezuelans could only vote once.

The elections were audited not only by the council but by hundreds of election observers invited from dozens of countries.

In its effort to totally strangle Venezuelan society, the US has levied sanctions on both nations and firms that continue to do business with the South American nation. The US claims Maduro’s 2018 election was illegitimate and since January 2019 has recognized Juan Guaido, a previously-unknown former Venezuelan lawmaker from a tiny opposition party, as the country’s interim president.

In August, the US seized four Iranian-flagged cargo vessels bound for Venezuela and the 1.1 million gallons of fuel they were transporting that Caracas had already paid for. In October, the US sold that oil for $40 million. The US has also seized the assets of Venezuela’s petroleum company Citgo in the United States as well as Venezuela’s diplomatic offices, and the UK has blocked Caracas from retrieving $1 billion in gold stored in the Bank of England’s vaults.

Argentina to Get Russian Coronavirus Vaccine by Christmas