MOSCOW (Sputnik) – Inaki Urdangarin, the husband of Spain’s Princess Infanta Cristina and brother-in-law of King Felipe VI, will serve the rest of his corruption sentence at a centre for social integration, media reported on Wednesday.

According to the Spanish EFE news agency, the country’s penitentiary authority made the decision after reviewing the request from the Brieva prison where Urdangarin has been staying since 2018. 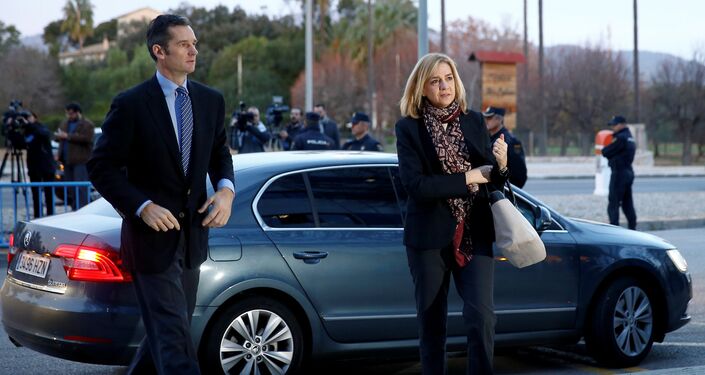 The elDiario.es news website said that Urdangarin’s center is located in the city of Alcala de Henares, near Madrid.

Urdangarin will be helping at a centre for handicapped people from Monday to Friday and spend one weekend a month at home.

In 2018, the king’s brother-in-law was sentenced to five years and 10 months in prison for embezzlement, fraud and tax evasion and influence peddling when chairing the Noos Institute, non-profit organization.